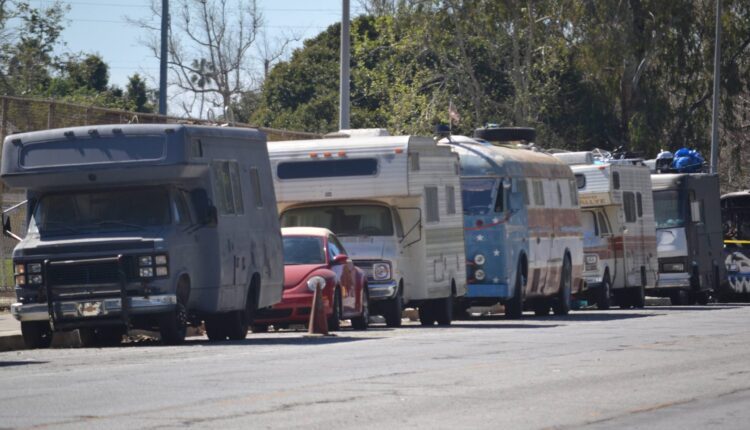 Special to the Daily Press

The city of Los Angeles wants a plan to take people out of recreational vehicles as part of ongoing efforts to fight homelessness.

In August, the city’s Board of Transportation Commission voted to create an Ad Hoc Committee to address RVs parked on public streets because of lack of progress by the council.

Nearly 6,500 people experiencing homelessness in Los Angeles are living in a total of about 4,000 RVs, a 40% increase since 2018, according to LAHSA’s point-in-time count. That represents 22% of the city’s total unsheltered population. On the Westside, there are hundreds of RVs parked on city streets. Many have been documented dumping waste and other harmful materials into nearby storm drains.

According to a motion by council members Nithya Raman, Curren Price and Marqueece Harris-Dawson, RVs are in “grave disrepair, meaning that people living in them face unsanitary and sometimes dangerous conditions.”

The motion claims that the city’s current approach of banning oversized vehicles on certain streets has “proven to be largely ineffective” because RV dwellers move to other streets.

The council directed the city administrative officer, the Los Angeles Homeless Services Authority and the Department of Transportation to report back in 60 days on a strategy that includes securing interim shelter for people living in RVs, incentives for voluntary relinquishment of RVs used as dwellings, expanding Safe Parking programs to include oversized RVs in 24-hour Safe Parking programming and demolishing RVs after the resident moves into interim or permanent housing, with the consent of the owner.

Published in partnership with the Westside Current.