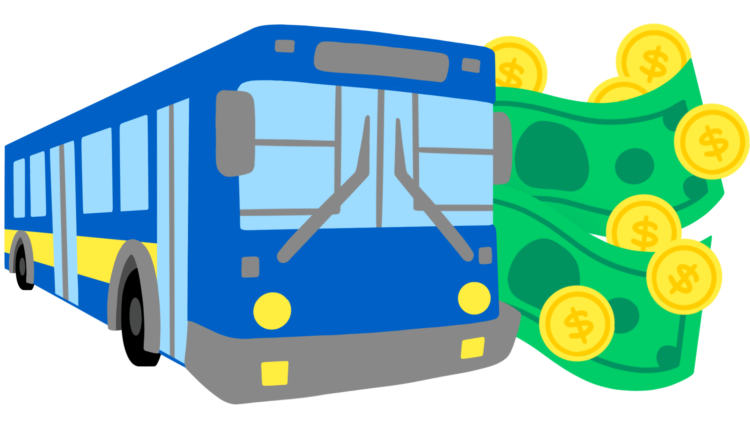 The pandemic exacerbated the socio-economic hardship of Los Angeles residents while adding to the financial burden. In recognition of these obstacles, County Metropolitan Transportation made its service free because of the pandemic, saving money for drivers – many of whom are low income.

In order to travel on Metro’s buses or trains, passengers need to top up their Transit Access Pass cards daily, weekly or monthly. The monthly pass is $ 100, but there are special discounts for seniors, students, and people with disabilities. In addition, Metro offers a program called Low Income Fare is Easy, which lowers the cost of the monthly pass to $ 76 for those meeting certain household and income thresholds. While this discount will help low-income drivers, that $ 76 would do more well in their wallet than on a TAP card.

In August 2020, Metro launched a program that would allow community students, K-12 students, and low-income riders to travel for free, and it recently extended it to June 30, 2022. This is a good step in the right direction, but Metro should expand the program for everyone. Local public transport should be a free service, as it would help relieve low-income communities financially and reduce traffic. However, in order for the public transport system to really be a good service, it also needs to be expanded.

A subway ride from USC to the Los Angeles County Museum of Art, just eight miles away, takes about an hour and includes multiple subway lines. The further south you live from LACMA, the more lines you have to travel. It’s almost ironic that a museum called Los Angeles County is relatively inaccessible to residents of South Central. A trip to LACMA shouldn’t be a problem – it should be free and convenient.

Despite these problems, Metro also has its advantages. Peter Burns is a special education teacher at Dorsey High School. Burns uses the metro to take his students on excursions to museums, libraries, and even architectural tours of our own campus.

“We couldn’t do any of this without the trains,” said Burns. “It makes the whole city of Los Angeles accessible to people with disabilities.”

Burns said Metro can improve its service by increasing cleanliness and safety. Burns and his class are an example of Metro’s potential to make the city more accessible to millions of LA residents, especially those in South Central. The Metro is convenient for Burns as the Metro E line stops right outside Dorsey High School. Other areas do not have the same accessibility.

In order for Metro to be a well-rounded service, it cannot only be free of charge. It also needs to be expanded. Although Metro expanded its service, it did so the wrong way.

Passenger numbers have dropped significantly due to the pandemic, but they were already declining in 2017, even after Metro expanded the Metro E line to include Santa Monica in 2016. Metro doesn’t know why the number of passengers has dropped. However, as passenger numbers have decreased, fares have increased.

When the Los Angeles Times and other newspapers reported the drop in the number of passengers on the metro, they asked their readers why they weren’t using public transport. Readers cited safety, cleanliness, punctuality and inconvenience as critics of using public transport. Taking multiple subway lines to get to a destination and being on time were recurring complaints.

Metro plans to build the new Crenshaw / LAX railway line over the next year, which will improve the city’s accessibility. The metro shouldn’t stop here, however. More lines need to be added giving drivers reliable access to museums, workplaces and green spaces. With no passenger charges, Metro could make an incredible impact.

Fewer cars on the road mean less pollution. Fewer cars on the streets means more people in their community are walking and talking to each other. A better metro system means more teachers like Burns can take their students on trips where they can see the real world instead of reading it in a book. It’s time Metro gave LA residents priority.

A look at Dine LA on the Westside