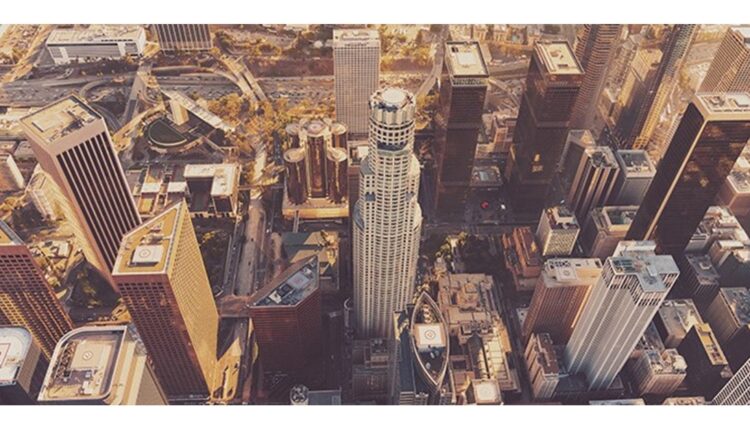 June is a month-long celebration for the LGBTQ+ community, and each year, many companies saturate their social media pages and marketing efforts with rainbow colors and icons to show recognition.

But what substantive actions can companies take to make real progress and show advocacy for LGBTQ+ people, people of color, and other marginalized individuals?

In honor of Pride Month 2022, Cannabis Business Times spoke with Jushi Holdings Executive Vice President of Retail Operations Brendon Lynch, also a member of the LGBTQ+ community, to discuss how cannabis companies can promote equity and inclusion within the industry vs. “rainbow washing. ”

Andriana Ruscitto (AR): What is the connection between the LGBTQ+ movement and cannabis legalization?

Brendon Lynch (BL): The connection between the cannabis and LGBTQ+ reform movements can be traced back decades. The LGBTQ+ community in San Francisco started the initial push for medical marijuana legalization in the US in response to the AIDS epidemic in California.

One of the first major pieces of legislation decriminalizing medical marijuana was passed in large part thanks to Harvey Milk, the country’s first openly gay man to hold public office. While there have been significant accomplishments in the cannabis and LGBTQ+ movements, there is still much work to be done, and I am humbled to be part of it.

In fact, in the 1990s during the AIDS crisis, the California LGBTQ+ community had prominent pioneering activists leading the compassionate care fight for medicinal marijuana. Dennis Peron, who passed away in 2018, not only became a leader in the movement for the legalization of cannabis throughout the 1990s, but he also positively influenced the passing of the first statewide medical marijuana law in California, highlighting and changing the political debate on marijuana in the US

In 1996, he co-authored California Proposition 215, which sought to allow the use of medical cannabis in California, which was the first statewide medical marijuana law in the US, and continued to advocate for patient access and decriminalization of all cannabis use until his passing.

As with LGBTQ+ rights, the fight for cannabis rights is far from over, but the LGBTQ+ movement has taught us so much as we look to protect patient and consumer rights and support one another’s goals.

AR: What is “rainbow washing”? Can you provide an example?

BL: Rainbow washing is when a business publicly shows support for the LGBTQ+ community but privately engages in practices that are at best sincere and at worst detrimental to those who identify as LGBTQ+.

There are many corporations doing nothing more than slapping rainbows on social media and calling it advocacy and plenty more that claim to be advocates for the LGBTQ+ movement but then go on to support politicians who are targeting our community.

Unfortunately, some who rainbow wash go so far as to support anti-equality elected officials and policies, and sadly, there are also definitely a lot of companies failing to take meaningful actions to bring more diversity and inclusiveness into the cannabis ecosystem.

BL: A good starting point to making real progress is to examine the culture of your company. Do the values ​​align with advocacy for LGBTQ+ people, people of color and other marginalized individuals? Can employees safely and proudly be themselves?

Companies need to take substantive actions like setting goals for diversity and inclusion in employment, as well as for the vendors and partners they work with, looking at how to support underrepresented business owners throughout the supply chain, and giving shelf space to LGBTQ+ and minority- owned brands. These are all great places to start to make a true, meaningful impact that supports disenfranchised communities.

AR: What are some actionable steps cannabis companies can make to indicate progressive support for LGBTQ+ equality (and earn consumer credibility)?

BL: The right thing. Companies can no longer afford to look at diversity and inclusion issues myopically—they need to think broader. This means putting your money where your mouth is and not only donating to causes that support marginalized groups, but also looking at ways you can diversify your organization and lead by example.

There are many great LGBTQ+ focused organizations doing a lot of good in their communities that can benefit from support. Many members of my community still face significant hardships, such as experiencing workplace harassment, violence, homelessness and housing discrimination, so stepping in and giving money to support action-driven LGBTQ+ organizations in need is a great thing.

However, the support must come from a genuine place. Fighting for equality is not a fad to capitalize on. Companies should lend ongoing support and build diversity and inclusion into their workplace culture and organizations to be true allies—just throwing money at a cause is no longer good enough. Don’t underestimate people’s intelligence. When intentions are pure, people feel it. When they are not, anyone who’s paying attention can see right through that, and will call you out on it, as they should.

Whether that means hiring more minorities and offering mentorship to them, working with suppliers and partner organizations led by underrepresented groups, dedicating shelf space in retail settings to minority-owned businesses or offering more inclusive products–you need to take corrective action in not just one area, but stop and look at these issues from a full, 360-degree perspective. That way, companies can help ensure that they are authentic allies and not putting window dressings up for show.

AR: What work still needs to be done to ensure that LGBTQ+ people, people of color, and other marginalized individuals have a voice within the industry?

BL: As with cannabis advocacy, the fight to protect the rights of LGBTQ+ people, people of color, and other marginalized individuals and create a more equitable, inclusive society is far from over. My hope is that Pride Month can help serve as an ongoing reminder of the work that still needs to be done—not just during certain times of the year, but year-round. Struggles don’t last just a month and can’t be solved in a month, and neither should support.

Even at a wider company level, the approach to lending support has got to be genuine. Get involved in these movements in a way that connects with you meaningfully. People have different skillsets and bring what you can to the table will produce the greatest impact. The very first step in any kind of advocacy is to get educated and connect with the community you intend to advocate for–learn the history of these movements, where they intersect, and be aware of the struggles and challenges yet to be overcome. While movements for equality have come a long way, there is still so much work to be done.