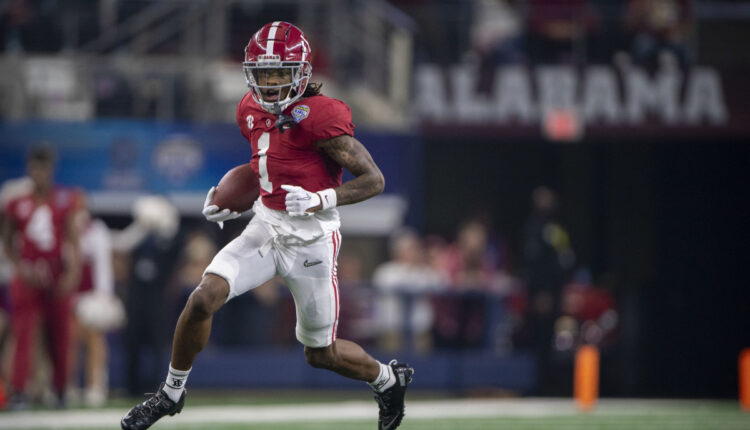 *Did not participate in drills at the NFL Combine

Williams is a St.Louis native who attended Cardinal Ritter College Prep, logging 22 touchdowns and led his school to the Class 3 state championship game as a senior. He also broke Ezekiel Elliot’s 300-meter state record and holds two state track and field titles. Rated as a four-star prospect entering the college ranks, Williams spent his first two years at Ohio State, serving a reserve role and assisting on special teams. In 2021, he entered the transfer portal and made the switch to Alabama.

Joining the Crimson Tide, Williams put his full arsenal on display, hauling in 79 receptions for 1,572 yards and 15 touchdowns. His game-breaking speed propelled him atop the 2022 wide receiver draft class. He was named a first-team All-SEC receiver and was a finalist for the Biletnikoff Award, given to the nation’s best receiver. In Alabama’s National Championship game against Georgia, Williams suffered a torn ACL. Two months out from surgery, he’s already begun doing minor calisthenics without much of any force behind it. If he continues to progress, Williams could start running by the time the draft rolls around. At the NFL Combine, he told reporters that he’s ahead of schedule in his rehab process.

Fit with the Chargers

Williams’ ideal scheme fit includes deploying him out of the slot or a system that is predicated on bunch sets, allowing for more free releases. He’d fit in with the Chargers, taking a combination of snaps from the slot alignment and along the boundary. With Mike Williams and Keenan Allen headlining the position, Williams would figure to provide Los Angeles with a legitimate field-stretcher. The Chargers lack speed and Williams has plenty of Burst to get deep in his routes in a hurry. With the superior arm talent that quarterback Justin Herbert possesses, adding a burner to threaten the deeper part of the field could be what it takes to lift the Chargers’ offense into being the top unit in the league.

Covid and Schizophrenia: Why This Deadly Mix Can Deepen Knowledge of the Brain Disease