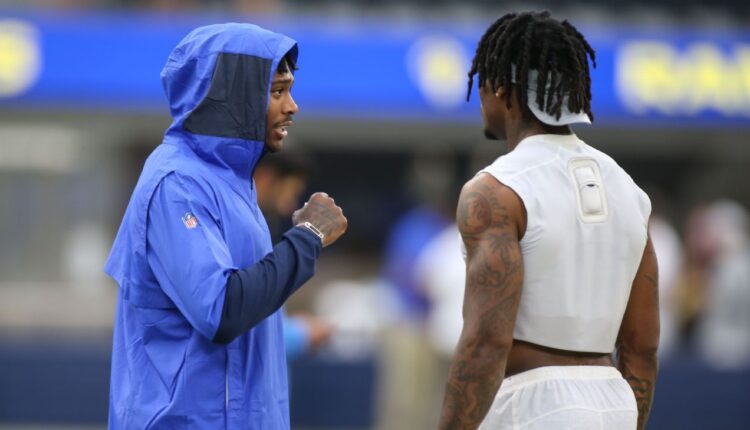 Derwin James Jr. secured the bag on Wednesday and Jalen Ramsey wants him to pick up the dinner bill.

The Los Angeles Chargers and the All-Pro defensive back agreed to a four-year, $76.4 million contract extension, a source told ESPN’s Adam Schefter. The deal, which has a $19.13 million average annual value, makes James the highest-paid safety in NFL history.

James, 26, reported to Chargers camp on July 26, but had not participated in practice while negotiations continued.

Now that James has his money, Ramsey, the Los Angeles Rams’ All-Pro cornerback, wants a dinner date with James picking up the tab.

LET’S GO!!!!! Dinner on you now lil bro @DerwinJames … you deserve this new contract more than anyone!
BEST IN THE BUSINESS! pic.twitter.com/FNfDMi7ms8

Ramsey, 27, and James played football together at Florida State where Ramsey was a part of the 2013 BCS national championship team and 2014 College Football Playoff team. The duo of future All-Pro DBs started in the same secondary for the Seminoles during the 2015 season when Ramsey was a junior and James was a freshman. They both were selected in the first-round NFL draft in 2016 and 2018, respectively.

Ramsey has said he would like to play with James again in the NFL.

“I don’t know when it’s going to be, or under what terms, but at some point me and Durwin will play on the same team again,” Ramsey said on Instagram Live in 2019. “My little brother. We WILL link again , 1000%.”

In 2021, Ramsey joked about recruiting James to the star-studded Rams, who were on their way to winning the Super Bowl.

With both now having long-term deals with their teams, dinner might have to be enough.