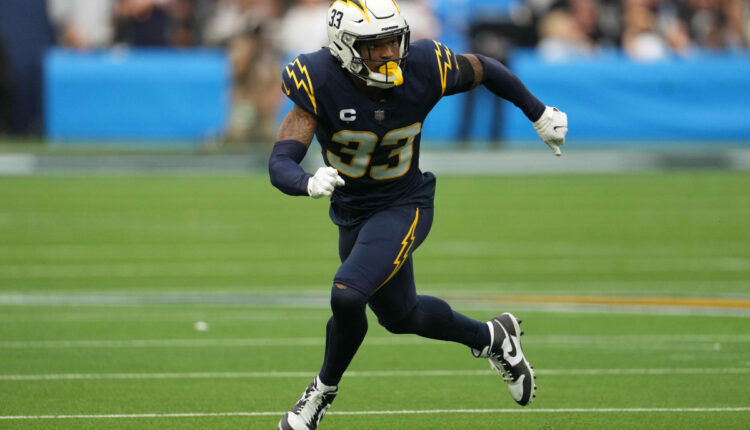 Chargers safety Derwin James is approaching the fifth and final year on his rookie contract. The Chargers must come to grips on a new deal with their former first-round pick in an effort to ensure he remains in Los Angeles.

USA Today’s Tyler Dragon reports that the Chargers and James have not begun engaging in negotiations on a long-term contract. Dragon also noted that there is mutual interest on both sides to get a deal done at some point.

James, 25, was selected 17th overall in 2018 by the team. Currently, he’s set to enter the 2022 season playing on the fifth-year option in which the Chargers have picked up.

Across James’ first four seasons with the Chargers, his rookie deal included a four-year, $12.3 million contract that featured a $7.09 million signing bonus.

Traditionally, the market for paying safeties has been one that the NFL league-wide has been reluctant in doing with the exception of a few outliers. However, with everything James brings to the table and how valuable he is in Brandon Staley’s defense – covering slot receivers, tight ends, running backs, assisting in the run game – he’s expected to reset the market for paying safeties.

The one aspect that does make things a little more complicated for negotiating an extension with James is his injury history.

When James is on the field, he’s arguably the best safety in football. But he’s missed a lot of games over his short career thus far. He missed all but five games in 2019 and was sidelined for the entire 2020 season. 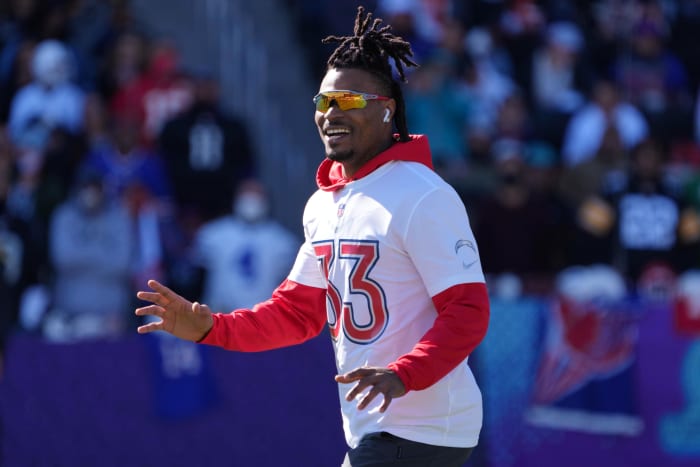 James returned to form in 2021, logging his second 100-plus tackle season along with two interceptions, five pass breakups, three forced fumbles and two sacks. Therefore, he has shown the ability to play at a Pro Bowl level following his two-year injury stint.

The Chargers sit with $56.3 million in cap space for the 2022 season, the third-most in the NFL. However, Mike Williams is a pending free agent and the defense will require a facelift this offseason, so the Chargers will have to get creative in how they go about their spending.

LA on the Record: Climate change takes a back seat