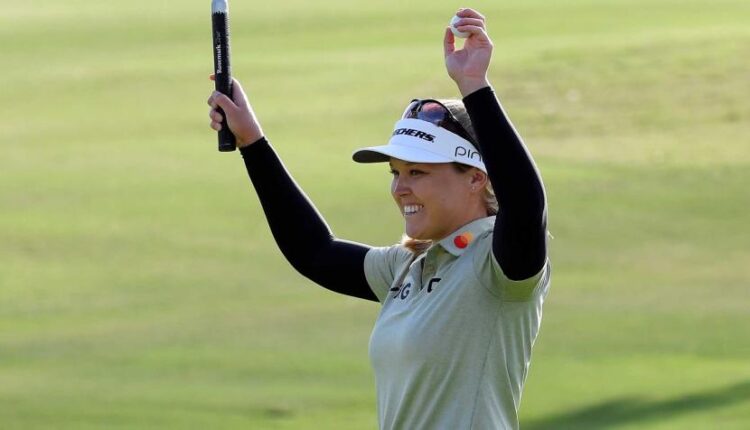 Both events will feature fields of 144 of the world’s best female golfers competing over 72-holes for overall purses of $1.5 million each. Tickets are on sale now for both the JTBC LA Open and the JTBC Championship at Palos Verdes.

Tournament Officials also announced the “LA LPGA Dual Ticket” – a weekly grounds pass that provides access to both tournaments, marking the first time that spectators will have the opportunity to purchase one pass for back-to-back LPGA events.

Tickets will be sold exclusively via the tournament’s official websites; the JTBC LA Open at www.la-open.com and the JTBC Championship at Palos Verdes at www.jtbcchamp.com. In addition, all service personnel, including military (active, retired, reserve and veteran), fire, police, and EMS and their immediate family (up to four tickets) will receive complimentary admission to both tournaments.

The JTBC LA Open will once again include the Hero Outpost on the 18th green, compliments of SERVPRO. The complimentary SERVPRO Hero Outpost tickets must be downloaded in advance from www.la-open.com and proper ID is required at the main entrance.

Children under 17 will also be admitted free into the tournament with a paid adult.

“We are very excited to expand our footprint in Los Angeles with back-to-back events in the area for the first time, adding to the Tour’s already prominent presence in Southern California,” said LPGA Commissioner Mollie Marcoux Samaan.

“We want to thank our friends and longtime partners at JTBC for providing us the opportunity to bring the stars of the women’s game to the heart of Los Angeles, one of the largest broadcast markets in the world”.

“Los Angeles has a rich history in professional golf, and we look forward to strengthening the LPGA Tour’s presence in embarking on a new spring tradition in women’s golf with these consecutive events in Los Angeles,” said Patrick Healy, executive director for the JTBC LA Open and JTBC Championship at Palos Verdes.

“We look forward to working with JTBC in showcasing Wilshire Country Club and Palos Verdes Golf Club to the LPGA Tour’s global audience”. Historic Wilshire Country Club returns as the host venue for the JTBC LA Open for a fourth year and will welcome fans back to the championship for the first time since 2019.

The tournament made its debut in 2018, marking the LPGA Tour’s return to Los Angeles in more than a decade. Brooke Henderson captured her 10th LPGA Tour win at 16-under par at the 2021 edition of the championship, contested without fans in attendance.

The JTBC LA Open and the JTBC Championship at Palos Verdes are owned and operated by Outlyr, a global event management, sponsorship consulting and activation agency.

From Alabama to Utah, Efforts to Vaccinate Medicaid Enrollees Against Covid Run Into Obstacles