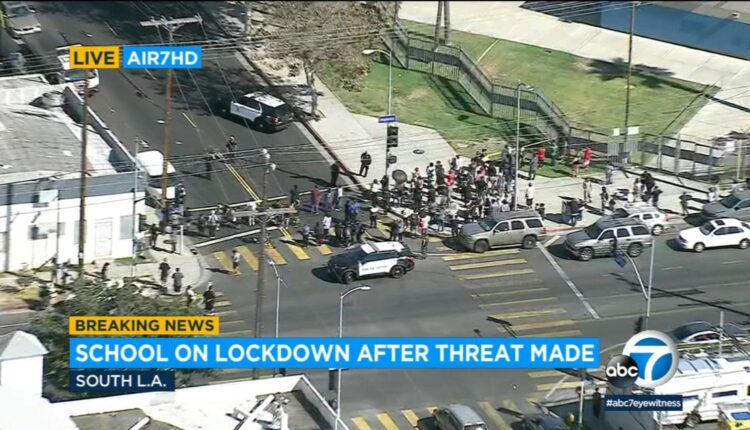 SOUTH LOS ANGELES (KABC) — Los Angeles Academy Middle School was placed on lockdown Tuesday afternoon after a threat of violence was made against the South LA campus, authorities said.

The threat to the school, located at 644 56th St. in the South Park neighborhood, was made during a 911 call, according to the Los Angeles School Police Department.

LAPD officers responded to the scene, where they joined School Police Department officers in conducting a search for possible victims or suspects.

A parent-student reunion gate was established at Avalon Boulevard and East 56th Street.

Video from AIR7 HD showed dozens of students standing just off the campus property, which was cordoned off with yellow police tape.

DEVELOPING: More details will be added to this report as they become available.