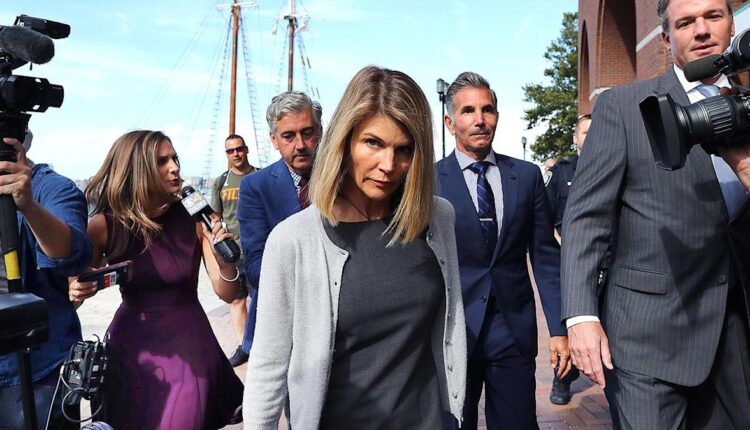 Lori Loughlin and Mossimo Giannulli are the latest celebrities in the Los Angeles area to have their home burgled, Fox News is able to report.

A sergeant confirmed to Fox News Digital that the “Full House” actor and her husband’s Hollywood Hills home were broken into on January 3.

Police confirmed the famous couple were not home at the time of the incident. As of Saturday, there are still no suspects.

According to police, jewelry worth $1 million was stolen.

Police say the home of Lori Loughlin (centre) and her husband Mossimo Giannulli (behind her, right) was broken into on January 3, police said. John Tlumacki/The Boston Globe via Getty Images

Fox News Digital was told that burglars dressed in black entered the home. A housekeeper and private security alerted police to the incident. However, video footage has made it difficult to pin suspects, authorities said.

Detectives are still investigating the crime.

Fox News Digital has reached out to the couple’s representatives and attorneys for comment.

News of the break-in comes just a day after Loughlin and Giannulli attended Bob Saget’s funeral in Los Angeles. The couple were photographed in all black at the service, which was reportedly attended by 300 people, according to TMZ.

The burglary follows a spate of crimes that have taken place in Los Angeles over the past few weeks and have involved high profile celebrities. Earlier this month, three masked gunmen ransacked influencer Florence Mirsky’s multimillion-dollar San Fernando Valley mansion in Los Angeles, leaving two house sitters with zip-ties, according to police.

The incident happened around 1:30 a.m. on the 3800 block of Sherwood Place, a Los Angeles Police Department spokesman confirmed to Fox News Digital. Two female victims, reportedly a housekeeper and a friend, were asleep when they were “awakened by the lights turning on in the residence.”

The suspects entered the bedroom and “pointed a pistol and rifle at her,” police said.

Property, including both victims’ cell phones, was stolen from the apartment. Mirsky is reportedly a co-founder of the California-based candy company Koko Nuggz. She is reportedly 40 years old and is known as the former partner of Grammy winner Scott Storch, who has produced music for some of the world’s biggest musicians including Beyonce, Drake and Lil’ Kim.

The death of Jacqueline Avant, a well-known philanthropist and wife of legendary music executive Clarence Avant, at her Beverly Hills home last month has further fueled fears about the rise in brazen home invasion raids in and around Los Angeles.

In October, ‘Real Housewives of Beverly Hills’ star Dorit Kemsley was spotted keeping a low profile after she was robbed late at her home in Encino Hills, Calif. while she and her children were inside.