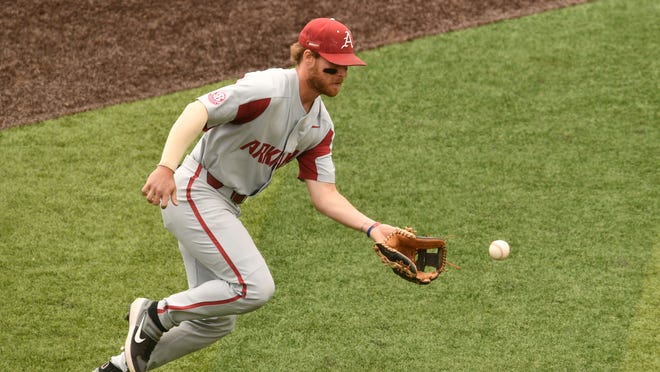 While Arkansas Baseball’s two-year streak, in which a player was drafted in the first round of the draft, ended on Sunday, there are several razorbacks who will likely be called their names on Monday in Rounds 2-10.

The only Arkansas-affiliated player drafted in the first round was Thousand Oaks High School high school signatory Max Muncy, who was drafted 25th pick by the Oakland Athletics. He was the second highest-ranking recruit in the Arkansas recruiting class for 2021.

Razorback stars like Christian Franklin, Kevin Kopps, Jalen Battles and Patrick Wicklander are still on the board. With the exception of Kopps, all Arkansas players still have college eligibility if they choose to return to school.

There are several other Arkansas signatories to be drafted. Peyton Stovall, Arkansas’ top recruit from Haughton High School, was projected as the day-one pick but fell outside the top 36 picks.

Braylon Bishop is another signatory who hasn’t heard his name yet. He has been committed to the Razorbacks since he was 15.

The selection of individual signers and current players will have a lasting impact on the line-up for the next year as they decide whether to sign for a professional team or play for Arkansas.