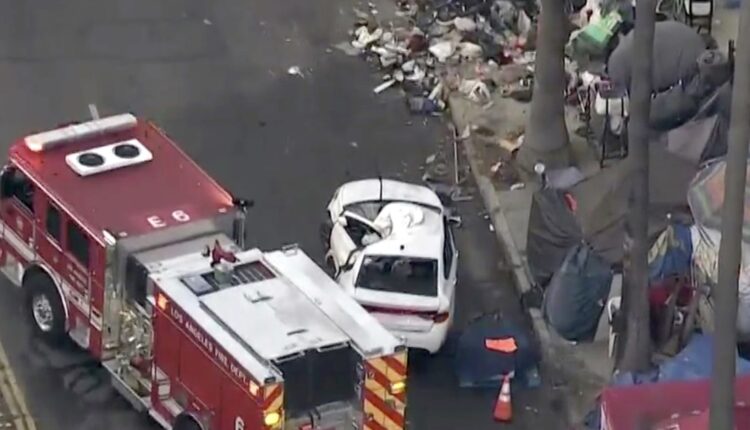 Four people were hospitalized after a car crashed into a homeless camp on a sidewalk in Koreatown early Tuesday morning, authorities said.

The vehicle crashed into the warehouse on the 500 block on south Virgil Avenue at around 6 a.m., pinning a person under the vehicle, according to the Los Angeles Fire Department.

Firefighters used a massive apparatus to raise the vehicle and free the person trapped under the car, said Captain Erik Scott, an LAFD public information officer.

The person was transported to a nearby trauma center and was in moderate condition.

Three other people were hospitalized in fair condition, officials said.

The authorities are investigating the cause of the crash.