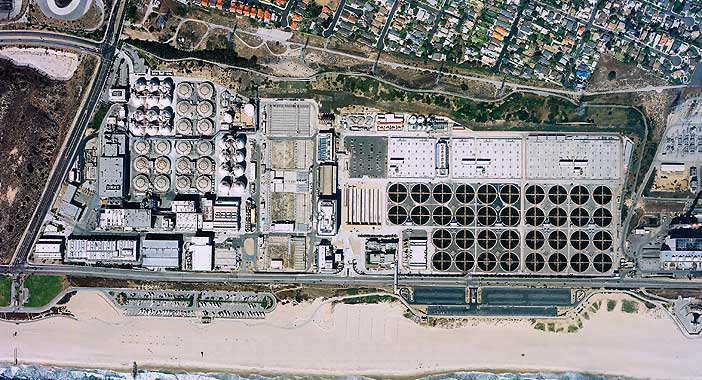 The fallout over a sewage leak in Santa Monica Bay has reached federal lawmakers, with Congressman Ted Lieu calling on the Environmental Protection Agency (EPA) and the National Oceanic and Atmospheric Administration (NOAA) to open an investigation into the Hyperion Water Reclamation Plant.

The facility dumped approximately 17 million gallons of raw sewage into the waters near Dockweiler Beach after Sept.

The plant operators were criticized for not informing anyone in good time about the leak and then continuing to discharge partially purified wastewater into the ocean.

“Given the severity of recent incidents, the subsequent and continued discharge of untreated and partially purified sewage near high-traffic beaches, and the lack of clear communication from the City of Los Angeles, an investigation into the operation, response and environmental impact of the facility is warranted “Justified,” Lieu said in a letter to EPA Administrator Michael S. Regan and NOAA Administrator Richard W. Spinard.

“When the City of Los Angeles discharged this sewage and the facility operators tried to make repairs, key local first responders and nearby cities were not immediately notified of the discharge into the nearby ocean.

(It may have violated California law I wrote in 2007 to improve reporting of wastewater spills). The Los Angeles County Department of Health waited several hours to inform the public that they should not swim on the area’s beaches. My office was later informed of the incident and the ongoing operations in order to repair the facility and get it back to full capacity, ”he said. “Since that incident, beach-goers, residents of the surrounding coastal towns, and my constituents have faced foul odors emanating from the property and concerns about the safety of the nearby marine waters.”

He said reports pointing to the continued discharge of partially purified sewage appear to be a gross violation of the facility’s environmental permit and breach of water pollution standards.

“Given the severity of this incident, the tremendous delay in notifying local officials of the incident, the ongoing discharge of sewage into the Pacific Ocean, and the impact not only on the surrounding communities but also on the local ecosystem, I urge the EPA and NOAA to do so to investigate this incident. This facility is critical in the treatment of wastewater in Los Angeles County, and its continued problematic operation requires federal action, “he said.

County officials continued to issue warnings about water use on beaches along the local coast after the initial closings. Several Santa Monica beaches have been added or removed from the list based on bacterial levels on a given day.

Avalon Beach on Catalina Island (50 feet east of the pier), the Bel Air Bay Club on Will Rogers State Beach and Mothers Beach in Marina Del Rey have been warned by the county since Tuesday.

“This catastrophic accident not only wreaked havoc on our local beaches and waters, it also undermined public confidence in the ability of their government to serve and protect them,” said Ron Galperin, Los Angeles controller. “Local residents have the right to know exactly why the sewage leaked, what impact it is having on the area, what it will cost taxpayers, and what steps are being taken to prevent another similar incident in the future.”

Last week, at the request of Provincial Director Janice Hahn, the district executive received a report in which the omissions were discussed.

During the meeting, the Public Health Director, Dr. Barbara Ferrer, for the lack of communication from her department regarding the incident, and the superiors were also able to interview various officers responsible for the burial.

Hahn was a vocal critic of the accident and the many communications errors that prevented the public from knowing about the incident.

“The events that played out at Hyperion and what we learned about our county’s response were both unacceptable – but I would like to say that I would like to express my sincere apologies from the Director of Public Health, Dr. I appreciate Barbara Ferrer and the fact that her department is committed to correcting what went wrong “and making sure it never happens again,” Hahn said in a statement. “I think that goes a long way towards restoring public confidence.”

Information on beach closures can also be found online on our website: PublicHealth.LACounty.gov/Beach.