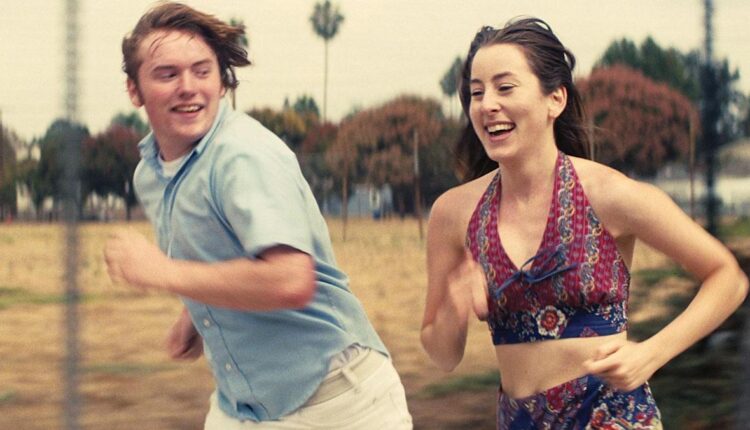 The latest from Paul Thomas Anderson, an 11-time Oscar nominee, is a nostalgic, shaggy comic drama set in the auteur’s native San Fernando Valley. It’s not just a return to the location that served as the setting for his previous films Boogie Nights, Magnolia and Punch-Drunk Love. Licorice Pizza also is a family affair. Starring Alana Haim (of the rock trio Haim, for which Anderson has made several music videos) and Cooper Hoffman (son of the late Philip Seymour Hoffman, who appeared in five of the director’s films), the movie also features Haim’s sisters and parents as well as Anderson’s wife, Maya Rudolph, and their kids in small roles.

It marked another collaboration between Anderson and producer Sara Murphy, who spoke with THR about the familial nature of the production and the challenges of capturing spontaneous moments while shooting during the pandemic.

More from The Hollywood Reporter

This is your first time working on a feature with Paul Thomas Anderson after making music videos with him for Haim. And your first producing job was on Philip Seymour Hoffman’s directorial debut, 2010’s Jack Goes Boating. Did it feel like you were a part of a family project from the beginning?

It did. I got invited into the project, which had been developing for a long time. I’d known about it and had read drafts, and Paul had talked about casting Alana, who obviously we’ve been working with in music videos. [When we were talking] about casting this young kid, he was like, “What about Cooper?” Cooper, who I’ve known since he was 1 year old? It was a funny thing for us both to think about, considering our relationship with Phil. But, at the same time, it felt wonderful for that same reason. From that moment on, it did feel very familial. Whether or not the pandemic sort of fueled this, every element of it was sort of familial. Paul works with his team that have been tried-and-true and with him for many years. But then all the extras were his kids, his kids’ friends and parents — it kept growing in that way. It felt very organic, and you can feel it on screen. It feels worn, it feels known, it feels like you’re stepping into something that preexists.

This is your second film led by a young first-time performer after 2020’s Never Really Sometimes Always, starring Sidney Flanigan and directed by Eliza Hittman. Did you worry about having Alana and Cooper making their acting debuts and being at the top of the call sheet?

It’s less about “worry” and more about trusting the director. With both Eliza and Paul, you’re trusting their instincts about what they know that they can get in terms of their relationship with their actor. At that point, it becomes about creating an environment where they can have that relationship and you can maximize what they can get. Sometimes that means doing what you can to be spur-of-the-moment, spontaneously, capturing something and making sure you can be mobile in that way. Or it’s like being set [up] so that you can give the time where you’re making sure, despite all of the other sacrifices you’re making, that you’re preserving that moment. I think the role probably shifts depending on circumstances, but I’m never going to come in and be like, “No, no, no, this is a bad idea.” It’s more like how to ensure I trust this filmmaker that I’m working with, that they’re going to get what they need. 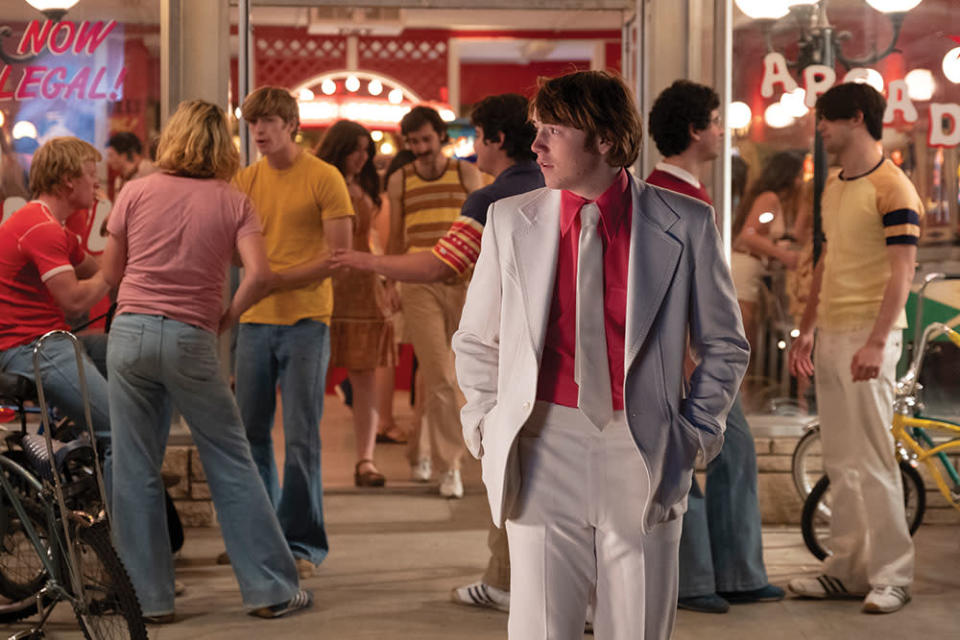 You shot this during the pandemic. How much spontaneity did you have to work with?

One of my favorite scenes in the film is when Alana and Danielle [Haim] are at the baseball field. It’s when Alana finally says at the very appropriate moment, “Is it weird that I’m hanging out with Gary and his friends?” That was something we caught very spontaneously. We were scrambling to get the permits in good faith, but [we were] capturing a moment that felt very authentic to the relationship of those sisters.

When we started production, [it was the first thing] people were coming back to work [on]. There was a lot of fear there, and so [we had to] make sure that people felt safe, that nothing felt chaotic, [that we were] able to adapt very quickly. I attribute that to [producer] Adam Somner in terms of scheduling. There were so many unknowns about how it was going to work. Even in all of that planning, [there were moments that were] accidental, moments when Paul had more time to find things. 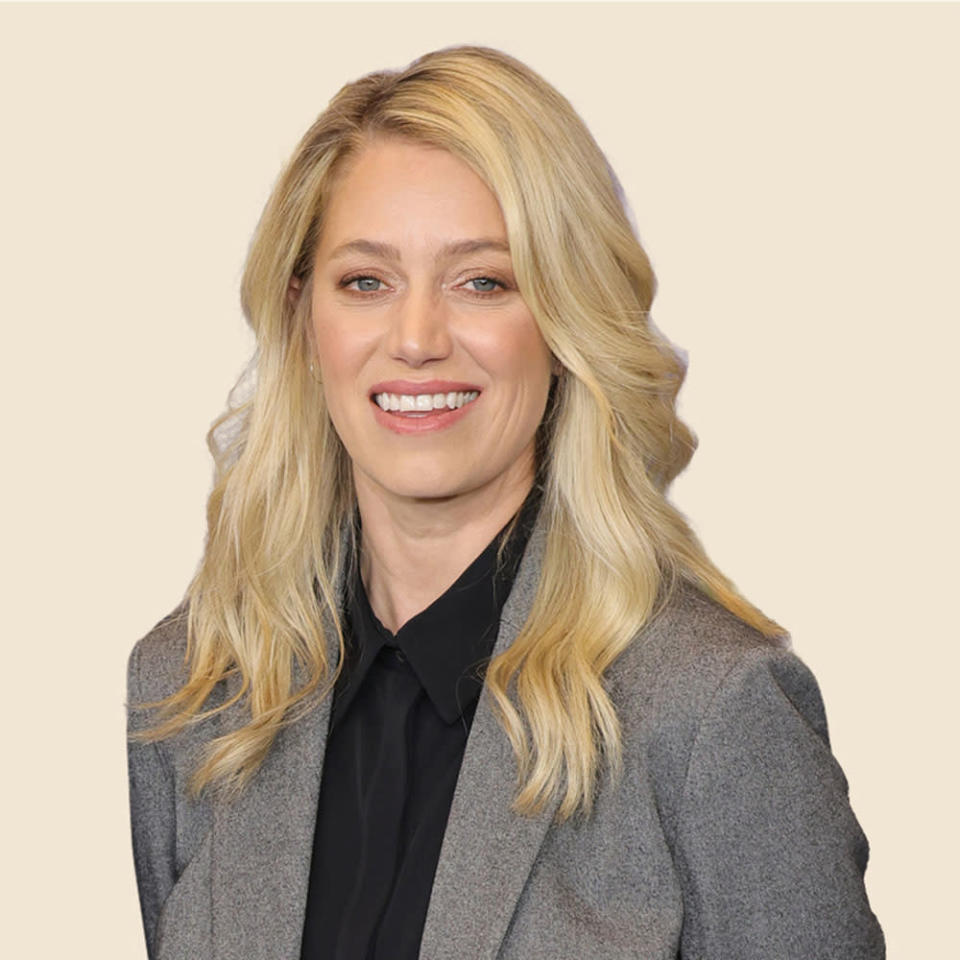 The film is very episodic. Was it always planned that way or did production during the pandemic — and your actors’ schedules — require it to be?

Funnily enough, there was a lot on the cutting-room floor. We shot the shit out of this movie, so there are so many different episodes, if you will, or scenes and characters. What happened in the edit was [we realized] we were getting distracted. I remember Paul saying, “Get back to Gary and Alana.” They’re the heart of the film, the engine. That’s what we actually give a shit about. We can meander through the Tom Waits, Sean Penn scenes for a lot longer if we wanted to do, but I think it also felt like we were distracting from the main event. Although it does have an episodic [structure]the point was — in contrast to many of Paul’s other films — to keep it escalated, keep it moving, don’t get bogged down and don’t spend too much time lingering.

The age difference between Gary and Alana — he’s 15, she’s 25 — has been a big talking point. What were your conversations about that while you were filming?

We talked about it a lot because I think it’s something we both knew [to expect]. The best part about it — and where you’re always trying to draw the line — is that their entire relationship, their entire attraction to each other, their entire success as a couple is in the fact that their relationship is never consummated. As you’re upholding that, and you’re never crossing those lines, that’s what’s going to continue to fuel them forever. We all have those relationships, these unrequited loves, that you acknowledge as being significant in your life and important in your life. And the reason they remain so is because they never did cross those lines — they were completely inappropriate and yet entirely necessary.

Interview edited for length and clarity.

This story first appeared in a March stand-alone issue of The Hollywood Reporter magazine. To receive the magazine, click here to subscribe.

Best of The Hollywood Reporters