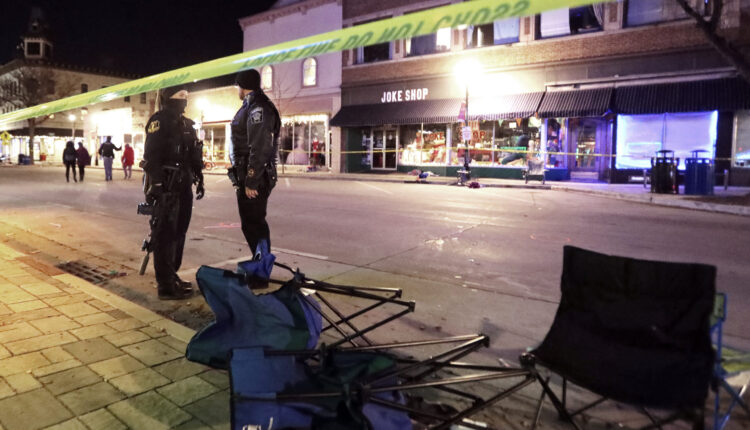 Several cases of enemy vehicle attacks on the public in recent years have resulted in numerous deaths and injuries. Whether intentional or accidental, these cases underscore the importance of a comprehensive security program for public spaces and events. The most recent tragedy, which occurred in Waukesha, Wisconsin in November, when an SUV sped down the city’s Christmas parade route, resulted in six deaths and more than 60 injuries and is the subject of an ongoing investigation. These heartbreaking events are likely to continue to happen; However, some of the risk can be mitigated through appropriate security planning.

The need to protect the public when streets become places for large gatherings has been known for decades. This latest incident reminds many of us of a similarly tragic incident in 2003 in Santa Monica, California where a runaway vehicle drove more than 300 meters over a crowded farmers market. Ten people were killed and more than 70 were seriously injured.

A key recommendation from the final National Transportation Safety Board (NTSB) report on the Santa Monica incident was to use effective / rigid barriers to protect crowds. As in Santa Monica, according to initial reports, Waukesha used temporary plastic sawhorses to define the parade route and had no barriers to prevent enemy vehicles from entering.

At the end of its 2003 report, the NTSB suggested: “If Santa Monica had installed a temporary rigid locking system such as bollards at the closed borders of the Santa Monica Certified Farmers’ Market, the locking system might have stopped or reduced the forward movement of the accident vehicle, preventing it from continuing at the farmer’s market and eliminated or greatly reduced the number of injuries. “

Weak warning devices were not designed to stop vehicles and therefore were ineffective in protecting the crowds who watched and attended the unforeseen tragic event at the Waukesha Christmas Parade. The lessons of the 2003 tragedy, as well as the recommendations of the NTSB, were likely not known.

An internet search for “enemy vehicles”, “vehicle attacks” or even “angry drivers” will reveal dozen of tragic events in the US with hundreds of victims. We have lessons from past incidents in Austin, Charlottesville, New Orleans, New York City, Stillwater, Oklahoma, and now Waukesha. With so many precedents set, organizers should be aware of the measures that can be taken to better protect the public.

Developing a comprehensive security program involves several steps, all of which are easy to accomplish with planning and coordination. There are two basic assessments that should be carried out before an event goes “live”. The first is a threat, vulnerability and risk assessment (TVRA). A TVRA is carried out by a certified assessor and details the realistic threats related to the event based on crime analysis and significant activity over the past 12 months. It then identifies critical assets that organizers and sponsors want to protect, identifies the vulnerabilities of those assets, and recommends mitigation measures that “buy down” the risk.

It is important to recognize that it is usually not practical to remove 100% of the risk from an event, but reduce that risk to a manageable level.

Once the TVRA guide to open area public events is available, the next step is to conduct a vehicle vector analysis and hostile vehicle mitigation (HVM) review to identify and mitigate risks. This move will reveal where there is a lack of protection in large public gatherings.

Organizers and event sponsors have a “duty of care” towards the public when planning and carrying out public events. The good news is that events like Christmas Parades typically use the same area of ​​town year after year, which allows event planners to easily update the basic ratings instead of having to start over each season.

When we see such incidents at events that have been going on for many years, we often find that the reason given for the lack of a comprehensive safety plan is “insufficient funding”. In the security profession, it is common for security measures to “fall on the cutting room floor” over other expenses that are deemed more important. Organizers, sponsors, and local communities should consider adding safety budgets to their operating expenses and “fencing in” funds for cyclical events. Detailed TVRA and HVM reports give event planners options for low cost / free risk mitigation measures. As an example, we regularly see measures in Times Square on New Year’s Eve in which large city vehicles are consistently used to block intersecting streets and divert nearby traffic.

Creative and innovative thinking in planning should be encouraged among the professionals and the many other stakeholders involved in organizing major events. These stakeholders and advisory professionals should include the planning committee and will often include local law enforcement, fire and rescue services, communications teams, volunteer groups, vendors, and community leaders. Once this group is formed and working together, the plan can be put together.

Finally, there are affordable and effective measures that can and should be used at outdoor events. These can be permanent / reusable measures such as removable bollards or barriers, or suitable temporary barriers that can be rented or purchased.

These actions, committed by enemy drivers, are expected to be repeated, and lessons from past incidents can help prevent future tragedies. By educating ourselves and acting proactively to protect our public spaces against the known risk of intentional or accidental vehicle intrusion, we can all work to make these horrific events a thing of the past.

About the photo: Police stand near overturned chairs along W. Main St. in downtown Waukesha, Wisconsin after an SUV drove into a parade of Christmas protesters on Sunday, Nov. 21, 2021. (John Hart / Wisconsin State Journal via AP)

About Bill Edwards and Rob Reiter

Bill Edwards is a principal at Thornton Tomasetti and leads the company’s security design and advisory group. Rob Reiter is an independent consultant for the protection of high security facilities and crowded public and retail spaces, with a special focus on the prevention of hostile vehicle incidents and vehicle crossings caused by accidents.