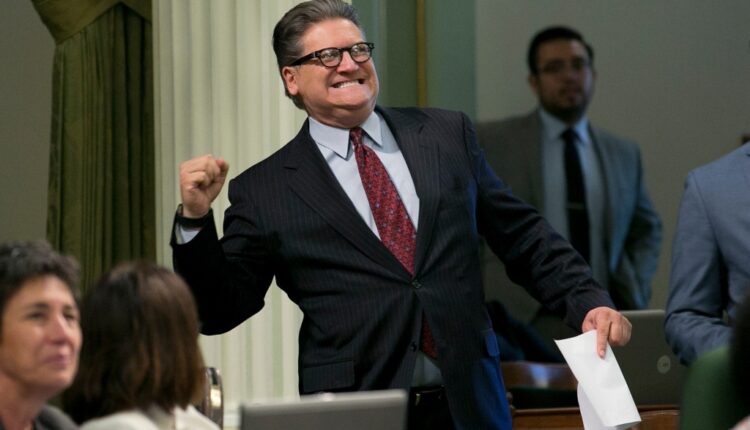 It’s common for authoritarian regimes to evolve into oligarchies with those in command bequeathing their positions to family members.

The extreme example is the Democratic Peoples Republic of Korea, otherwise known as North Korea, which is anything but democratic. Three generations of one familyhave ruled the nation for more than seven decades, ever since the Korean peninsula was divided into two nations in 1948 after many decades of Japanese control.

Kim Il-sung was the nation’s dictator until his death in 1994, and the scepter then passed to his son, Kim Jong-il and later to his grandson, Kim Jong-un.

One of the most important outcomes of the American revolt against the British Empire was to abolish the notion of hereditary power. George Washington, in fact, rejected suggestions that he become king of the new nation.

This historical summary is essentially offered because of an increasing tendency in the California Legislature for seats to be passed on to close relatives, effectively denying voters the opportunity to choose their representatives.

Kate Karpilov, former director of the California Center for Research on Women and Families, did the research on the phenomenon and wrote about it for CalMatters, focusing on what’s happening in a state Senate district in Southern California’s San Fernando Valley.

Bob Hertzberg, a former speaker of the State Assembly who returned to the Legislature eight years ago after a stint in private business, is being forced out of the Senate by term limits and hopes to extend his political career this year by becoming a Los Angeles County supervisor.

Hertzberg wants his son, Daniel, who works for a hotel as a business travel manager, to succeed him in the Senate and is tapping his network of powerful supporters to make that happen.

“There’s no board or commission service or local elected tenure,” Karpilov wrote of the younger Hertzberg. “No expertise building or managing a business, leading a local nonprofit or championing a neighborhood issue.

“Lacking relevant experience, Young Hertzberg’s campaign markets his enthusiasm and commitment ‘to fight day and night on behalf of working families.’ His campaign website and Twitter and Instagram accounts feature a pile-up of legislative and labor endorsements, secured in many instances, my sources tell me, by his father.

How indeed? As Karpilov notes, having an influential politician as a father gives Daniel Hertzberg a leg up in competing with his fellow Democrat, Caroline Menjivar, for the seat.

The embryonic Hertzberg dynasty is not an isolated example, as Karpilov points out.

There have been isolated instances of such political inheritances in years past, involving members of both parties. However, the practice has expanded in recent years, coincident with the Democrats’ achieving supermajorities in both legislative houses and competition between parties for legislative seats becoming virtually extinct.

It’s not a healthy condition. It severely limits the ability of voters to have legislators of their choosing because the anointed heirs have access to resources, particularly financing, that other candidates cannot muster.

Unfortunately, it’s not illegal like gerrymandering, but it should be.

CalMatters is a public interest journalism venture committed to explaining how California’s state Capitol works and why it matters. For more stories by Dan Walters, go to calmattens.org/commentary.

The Doctor Will See You Now — In the Hallway