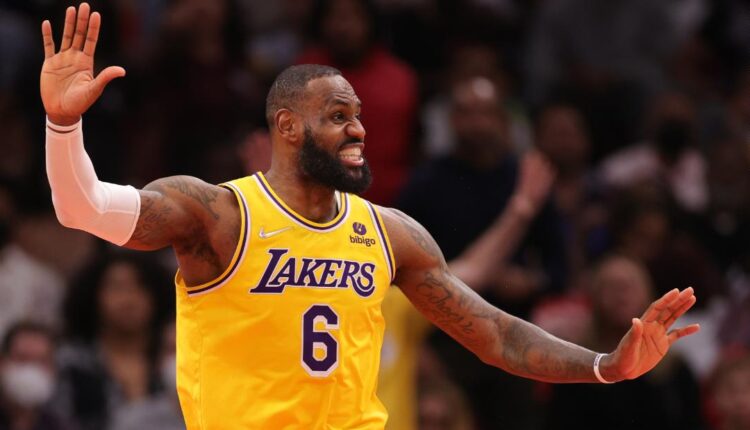 James started at the center for the first time in his career and scored his third triple-double of the season with 32 points, 11 rebounds and 11 assists.

The 36-year-old was supported by teammate Russell Westbrook, who scored his own triple-double with 24 points, 12 rebounds and 10 assists.

With the new “Big Three” from James, Westbrook and Anthony Davis, the Lakers started the season with championship ambitions, but regularly did not achieve this standard.

Star Big Man Davis is currently out with a knee sprain, forcing the Lakers to get creative with James at the center on Tuesday.

The team is now 17-18 for the season and ranks seventh in the Western Conference.

Jalen Green of the Rockets, the second pick in this year’s draft, led his team – whose 10-25 record is the worst in the West – with 24 points to go with two rebounds and four assists.

Elsewhere, Stephen Curry became the first player in NBA history to hit 3,000 in the Golden State Warriors’ 86-89 loss to the Denver Nuggets.

“It was cool to hit that milestone,” Curry told reporters. “That’s a pretty great achievement.

“It’s a strange thought to think for the rest of my career. I’m pretty sure all three that I make will be new records so I’ll just enjoy it.”

The Nuggets almost lost a 24 point lead at halftime, but were pushed over the line by the reigning MVP Nikola Jokic’s 22 points, 18 rebounds and five assists.

It was only the Warriors’ seventh loss of the season, but Steve Kerr’s team’s 27-7 record is still the best in the NBA.

Screen Gems: 2021 didn’t bring us back to theaters, but it brought an avalanche of quality films | Movies | San Antonio