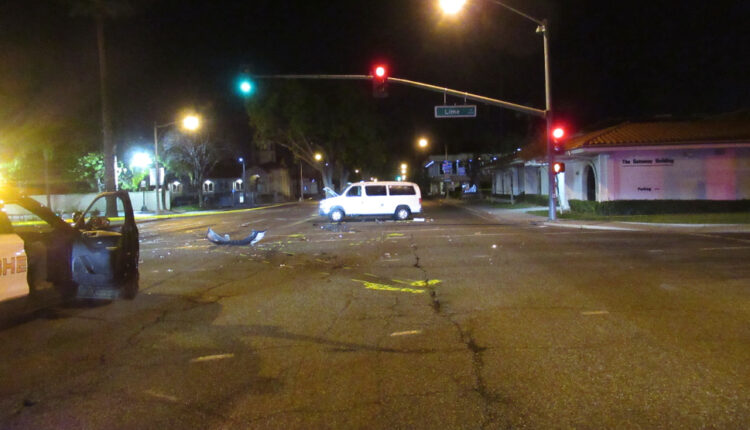 A Honda CR-V had crashed into the transport van at 14th and Lime streets. The van was crossing the intersection when the Honda driver blew through a red light and slammed into its side, police said.

The van with a Riverside Sheriff’s Community Service Officer and three people under arrest inside rolled one time, but no serious injuries were reported.

The Honda driver left behind several helpful clues at the crash scene, including a bumper with a license plate and the fluid trail. Officers followed the trail east on 14th Street and found the driver at 12th Street and Bermuda Avenue.

The 27-year-old man was arrested on suspicion of DUI and felony hit and run.