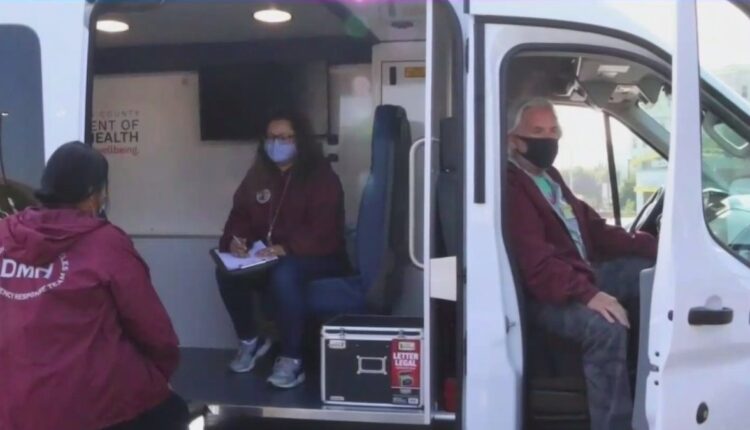 An alternate pilot program that was due to begin in January of dispatching mental health workers to a number of emergencies in the Los Angeles area has stalled, and emergency responders have yet to make a single phone call.

A critical agreement setting out the logistics and responsibilities of the program has been awaiting approval by the Los Angeles City Council’s Public Safety Committee since early May, and now officials say the teams won’t start handling calls until mid-July at the earliest could, more than six months after Mayor Eric Garcetti said the program was about to begin.

“Today we’re talking about a new way to help shape public safety,” said Garcetti on October 26, 2020. “That’s why I’m particularly proud that we are making progress with a new model.”

The year-long therapeutic van pilot will redirect some 9-1-1 calls that would have been made to paramedics or firefighters to teams of advisors stationed at five fire stations across town. It was announced in response to public and activist demands that the city would find alternatives to law enforcement for non-criminal emergencies.

Several city officials have told the I-Team that at the time the plans were announced, few formal agreements had been made about how the city and county would share the costs, where the emergency teams would be housed and stationed, and who would drive the vans.

“It was optimistic to think we’d make it in January,” said LA County’s Deputy Director of Mental Health, Dr. Amanada Ruiz, the I-Team in response to inquiries about the status of the project.

“It has brought together two agencies with a lot of different things to work out,” she said, saying the county has already hired the specialized mental health staff and peer counselors needed to fill the program and is ready to to start immediately.

Mayor Garcetti’s office has not responded to requests for comments on the program throughout June. Several city council members involved in the project expressed frustration at the delays but said they would not be available for interviews on Tuesday.