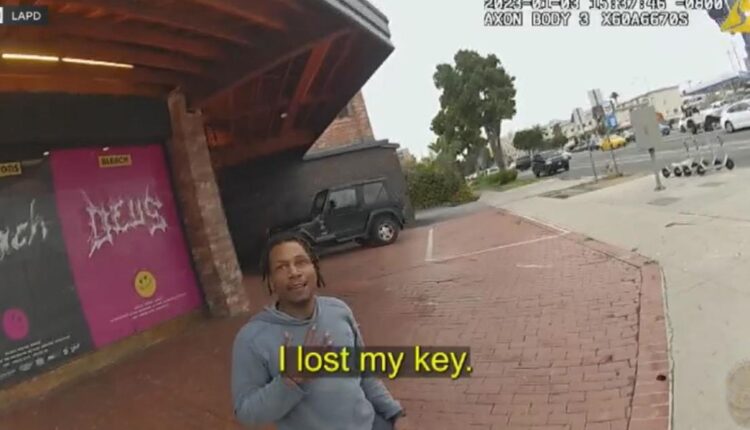 Anderson, a cousin of Black Lives Matters co-founder Patrisse Cullors, was the father of a six-year-old child, and was employed as a teacher for the last eight years.

A resident of Washington, DC, he was visiting family in the area for the holidays when the incident occurred as he was driving in Venice and became involved in a collision.

As he was speaking with police officers, they claim that he appeared to be under the influence. As officers spoke with Anderson, he suddenly ran from the area, causing them to chase him on foot. When they finally caught up with him, officers allege that he was resisting their efforts.

It was then that they used a stun gun, bodyweight, firm grips and joint locks to assist in their handcuffing of Anderson. He also had his ankles hobbled to prevent him from running again.

He was tased six times, according to Los Angeles Police Chief Michel Moore. He was pronounced dead later the same day at a nearby hospital.

Both sides argue that the new video supports their cause.

Attorneys for Anderson’s family say that the footage shows that officers should have shown more restraint, while the police union maintains that the video shows them doing jus that.

“Take some deep breaths for me,” an officer can be heard saying in the new footage, as Anderson shouts, “Please help me!”

As Anderson continues to evade the officer’s request to sit on the sidewalk, instead walking into the middle of the street, the officer’s tone changes quickly as he yells for Anderson to get on his stomach.

“That first officer switched all of the sudden from guardian to warrior,” said Carl Douglas, the Anderson family attorney. “Those are the instructions you are not supposed to give when you are aware that someone is in the middle of some kind of mental crisis. It doesn’t matter if it’s emotional distress, mental illness, alcohol or drugs.”

While an official cause of death has yet to be announced, officers say that Anderson had cocaine and marijuana in his system.

The incident is one of three fatal “use of force incidents that caused “deep concern” from Chief Mooreall which occurred within two days of each other across Los Angeles County.

Friends and family members gathered for a vigil to remember Anderson on Jan. 14, at the same intersection where the incident took place. In the days since, his family has filed a damages claim against the city of Los Angelesworth $50 million.

The KCAL News Staff is a group of experienced journalists who bring you the content on KCALNews.com and CBSLA.com.

Judge to consider freedom for Hawaiian man in ’91 murder