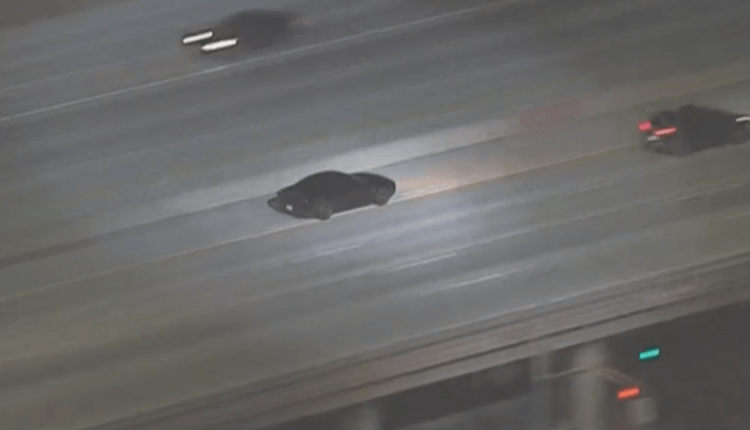 Los Angeles police were involved in a dangerous high-speed pursuit of a suspected murder suspect on highways and roads in the San Fernando Valley and Hollywood tonight, but lost the suspect vehicle.

The persecution began shortly after 6:30 p.m. in the Encino area, according to the LAPD.

Police and two TV news helicopters lost sight of the suspect as the car exited the Golden State (5) Freeway on the Sierra Highway near the Mission Hills-Santa Clarita border, the LAPD reported. The search was canceled at 7:09 pm

According to NBC4, the speeds on the freeways reached 140 mph.

It was reported that police may have identified the suspect, but information about this person has not been released. No details were initially known about the attempted murder that sparked the persecution.

It was not known who the registered owner of the vehicle is. The car is a black Dodge Charger with Texas license plates.