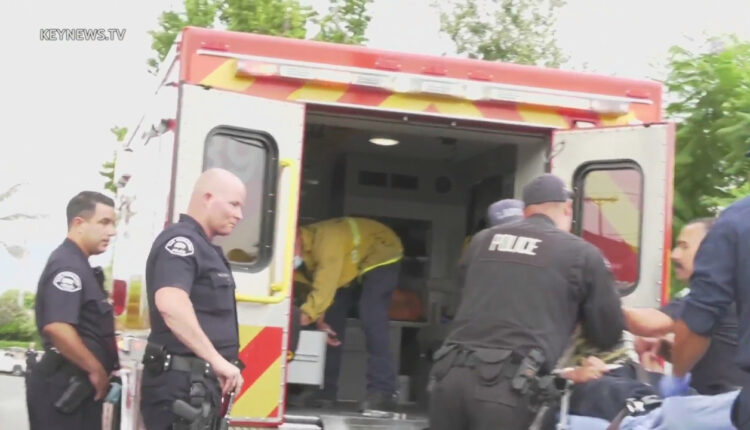 According to a LAPD press release, Los Angeles police suspended an officer after a video clip showed he allegedly assaulted a suspect of a stolen vehicle.

The officer is charged with hitting one of two suspects in alleged carjacking of a gray Honda CR-V that began in the San Fernando Valley mission area on Saturday. The chase ended after the SUV crashed in the city of San Fernando.

After the suspects were taken into custody, a video recorded by a parishioner showed the officer beating one of the inmates after the suspect, strapped to a stretcher for medical transport, mocked and spat at the police officers.

After the alleged attack, other officers can be heard asking for a spit mask to prevent the suspect from spitting again.

The LAPD learned about the video on Sunday and opened an investigation into the conduct of the officer, whose powers as a peace officer have been suspended pending the results of the investigation, it said. The officer was also sent home.

“The images in the video are deeply worrying and while we have to wait for the investigation to complete, the ministry will act quickly in any case of excessive or unnecessary violence,” LAPD chief Michel Moore said in a statement.