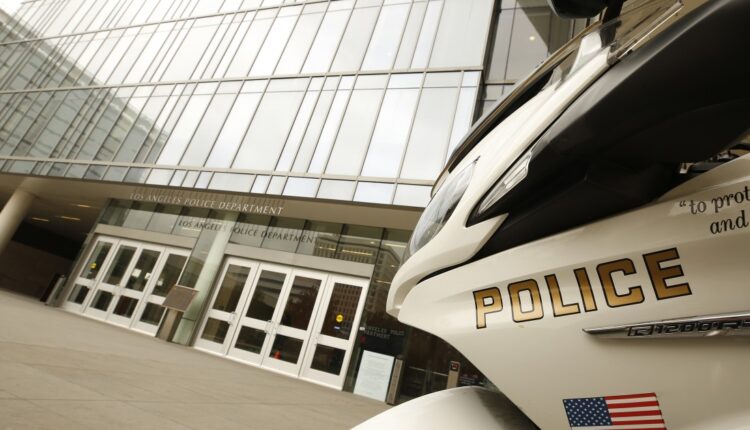 Los Angeles police arrested one of their best-known critics on Monday on suspicion of threatening a homeless person in Hollywood.

William Gude – better known to his 10,000 Twitter followers as @FilmThePoliceLA – was named according to LAPD Capt. Brent McGuyre, who oversees the Hollywood division, was arrested around 1:30 p.m. near Las Palmas Avenue and Leland Way on suspicion of making criminal threats.

McGuyre said Gude and a homeless man were involved in an argument “to get the victim to throw trash on the street”. The homeless accused Gude of threatening harm, which led to his arrest. McGuyre said no other witnesses to the alleged threat had been identified as of Monday evening.

Gude, who works in finance and lives in Hollywood, has built a following by documenting crime scenes and policing on the Internet. He has frequently filed complaints against Hollywood Division officials for abuse by officials, often against young blacks.

Someone who posted on Gude’s behalf on his Twitter account Monday afternoon said the arresting officer was someone Gude had made an “active complaint” against, and other area activists immediately accused police of using Gude in retaliation for his own Arresting activism.

According to the person who runs his Twitter account, Gude was held in the Hollywood Division at 5:30 p.m. instead of $ 50,000. Attempts to contact Gude were not immediately successful.

In June, Gude’s 22-year-old son Marcelis was shot dead in an exchange of fire in South LA that also injured an 8-year-old girl.

Describing his activism in an earlier interview with The Times, Gude said his shooting had increased seriously following the assassination of George Floyd last summer. Gude said he wasn’t exactly against the police, and his work was aimed at bringing justice to young black men in Los Angeles.

“There is a problem with the over-police. I think we are spending too much money on the police when we should be spending more on other things, ”said Gude. “At the same time, someone murdered my son. Do we think they shouldn’t be held accountable? “

The Times employee Kevin Rector contributed to this report.

Warning about using the ocean near Santa Monica Pier