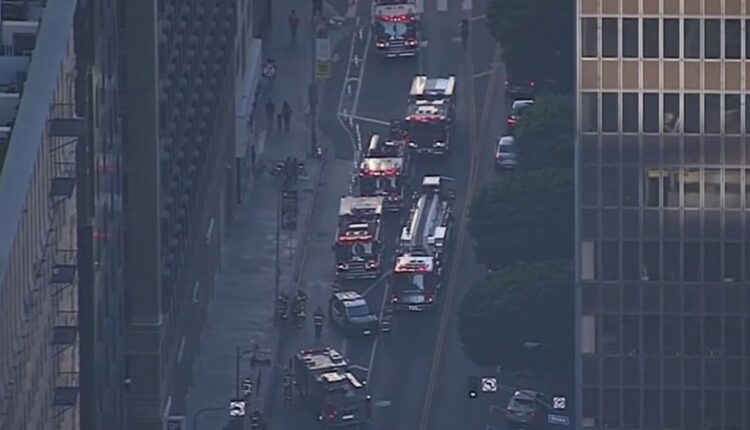 A Los Angeles police officer and firefighter suddenly fell ill on Sunday after coming into contact with a male suspect under the care of a security officer at a downtown pharmacy.

The apparent contamination occurred at a pharmacy at 617 W. Seventh St. around 4:20 p.m., according to Los Angeles Fire Department spokesman Brian Humphrey.

The officer and firefighter were taken to hospital with the suspect and reported in good condition, Humphrey said. They all received decontamination showers.

The LAFD dangerous goods command was directed to an area outside the hospital where they were taken, he said.

The type of dangerous goods was not determined immediately, he said.