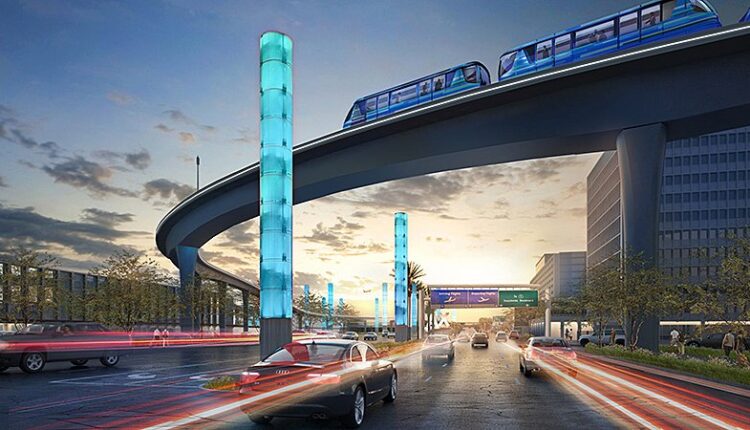 Road closures are planned on Century Boulevard near Los Angeles International Airport to allow the construction of the Automated People Mover project.

One to three lanes will be closed on both sides of the Century between Avion Drive and Sepulveda Boulevard, with work generally scheduled from Monday to Friday from 9:00 a.m. to 3:30 p.m. and Saturday from 8:00 a.m. to 6:00 p.m. are. The work will last until August 30th.

Pictures: Opening in 2023, this is what the LAX Automated People Mover will look like

However, LAX officials said lanes could be closed during the day and night. According to the airport authorities, three-lane closures will only take place during the night or on Saturdays.

From August 23 to August 30, on weekdays from midnight to 4 a.m., drivers will not have access to Century Boulevard and LAX heading east via the Sepulveda Boulevard / LAX ramp. Motorists heading north can bypass 96th Street to get onto Century Boulevard and LAX. Drivers exiting LAX from World Way South on the upper level / departure level will be directed to the lower level / arrival level and Center Way via the airport’s return ramp to exit the terminal area.

The Automated People Mover is part of a $ 14.5 billion modernization project at LAX, the largest airport project of its kind in the U.S. The LA Metro train system and a car rental company.

Officials estimate the train system will be ready in 2023, and the full modernization project is slated to be completed before the 2028 Los Angeles Olympics.