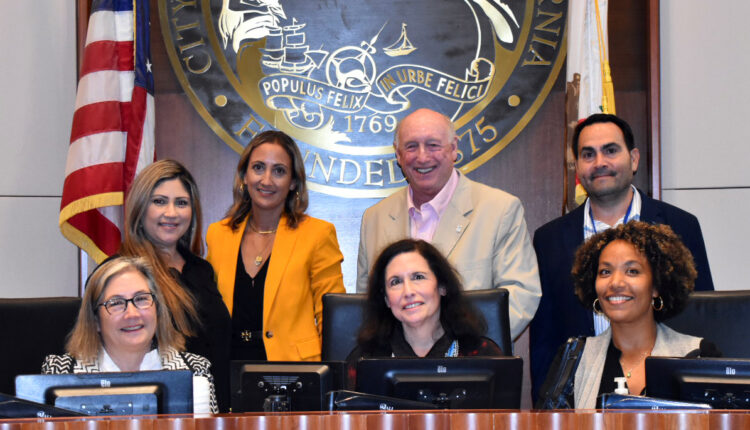 The council now has the first majority unsupported by SMRR, Santa Monica Forward

Lana Negrete has been named the newest member of the Santa Monica City Council. This is the first time the majority of the city’s lawmakers are not backed by Santa Monica for Renters’ Rights (SMRR) and Santa Monica Forward.

On Tuesday, June 29, the Santa Monica City Council appointed Negrete to fill the vacant seat earlier this month by Kevin McKeown. Negrete, a native of Santa Monican and local business owner, was sworn in by town clerk Denise Anderson-Warren upon appointment. She was selected from 34 eligible candidates for appointment with a term ending November 2022.

“It is a special privilege to serve as a councilor for the community I love,” said Negrete. “I’m ready and excited to roll up my sleeves and work with my fellow councilors and city officials as we promote community recovery and a bright future for Santa Monica.”

Negrete was born and raised in Santa Monica and the owner of the Santa Monica Music Center. As a mother, she was active in the local PTA and cares a lot about education and youth development, especially through art, according to the city.

“Councilor Negrete is a lifelong resident who brings a wealth of knowledge about the problems that affect young people and families, tenants and small business owners,” said Mayor Sue Himmelrich. “We warmly welcome Councilor Negrete and look forward to our work together to create the bright future of Santa Monica.”

In her application, Negrete expressed her interest in working on solutions to homelessness and “working together as a collective to create sustainable solutions to the city’s problems, to expand programs that need to be expanded, and to reflect the concerns of all residents from all corners of the world to tackle “. Out of town. A council that works together to serve the people of the city who depend on them. “

After her appointment, Negrete resigned from her position on the newly formed Commission for Public Safety Reform and Oversight.

As reported by the Santa Monica Lookout, Negrete’s appointment results in this first city council majority not being supported by Santa Monica for Renters’ Rights and Santa Monica Forward, two interest groups that represent the city’s political establishment.

After two rounds of split votes from Torose and Negrete, Councilor Gleam Davis changed her vote in the fourth round, joining Phil Brock, Oscar de la Torre and Christine Parra, handing the vacant seat over to Negrete. Councilor Kristen McCowan later changed her vote for that Protocol on Negrete.

Had the council not been able to elect a replacement at Tuesday’s meeting, a special election would have been held. According to the City Clerk, LA County valued such an election at $ 528,000 when combined with the removal of Governor Gavin Newsom in November.

Negret’s appointment marks the latest in Santa Monica’s political change. In the November election, Councilors Brock, de la Torre and Parra came to power as incumbents as part of Change Slate, supported by the slow-growing Santa Monica Coalition for a Livable City.

Three councilors have been appointed to the Santa Monica City Council over the past three years. Former council member Ana Jara was selected to replace Tony Vacquez in 2019. In 2020, current councilor Kristen McKcown was named to replace Greg Morena. In addition, Councilor Davis was appointed in 2009 after Councilor Herb Katz died in office.