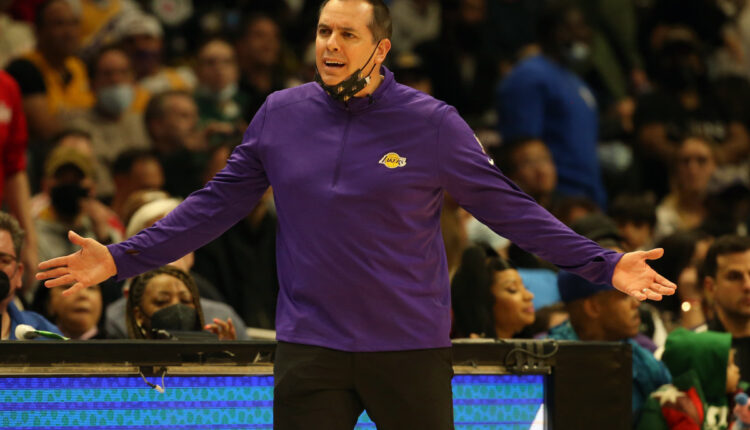 It’s difficult to imagine this season getting any worse for the Lakers. But if they somehow managed to fall below the 10th seed with a team led by LeBron James, it would be a massive failure. And they’re close to that point right now.

After another loss to the Clippers on Thursday night, they fell to 27-35. They’re just barely sitting in the 9th seed, and a tough schedule could put them out of the play-in sooner rather than later.

They also will not have Anthony Davis for most of the final stretch. And according to ESPN’s Adrian Wojnarowski, that’s a big reason that the Lakers aren’t looking to let Frank Vogel go.

“I think two primary reasons as I’m told. One, they are accounting for the fact that Anthony Davis is out and has missed a lot of games this season. …ultimately, they don’t feel in LA right now that it would make a difference to let Frank Vogel go…The Lakers still would like to get through the rest of this season with Frank Vogel.”

Vogel did with a title with the Lakers during the 2020 bubble run. And that has no doubt bought him some extra time in Los Angeles. The number of injuries this team absorbed combined with the failure of the Russell Westbrook experiment also could be helping his cause.

But Vogel is very much on the hot seat. The Lakers are an organization that aims to win every single season, and they aren’t coming close to that right now.