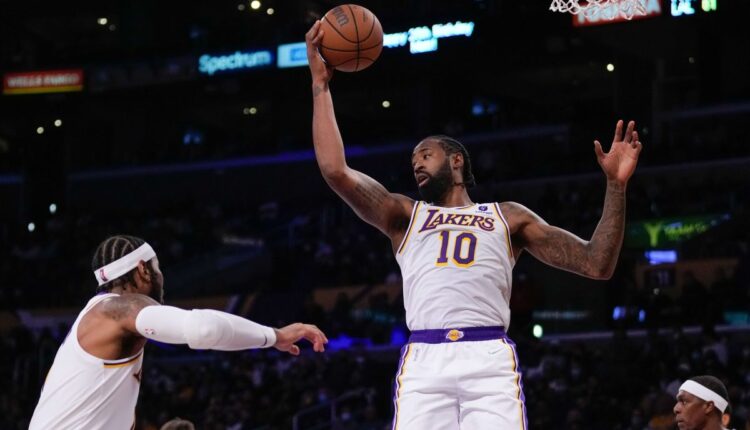 The Lakers are going to do whatever they can to be active in the market over the next two weeks. With the NBA trade deadline on the horizon, Rob Pelinka and the front office are going to have to get creative to improve their roster.

Since they do not have any draft capital to work with and their budget is razor-thin, the Lakers will probably have to settle for less than they had hoped. That probably means that Pelinka will be scouring the buy-out market to improve the roster.

With that being said, the Lakers will probably move these guys if they are active at the deadline.

The reports swirling around the Lakers suggest that they have been shopping Kent Bazemore for some time. Originally a starter when the season kicked off, Bazemore has quickly found his playing falling off. He’s averaged just 6 minutes per game this month to go along with his 2.7 points. To put it simply, the Lakers do not have a spot for him.

He’s going to make $1.6 million this year, so any team that wants him for practically nothing will almost certainly get him.

The Lakers will probably look to shed a center, and DJ seems to be the odd man out. That was clear when Anthony Davis was out and Los Angeles went with LeBron James at the five rather than DJ or Dwight Howard.

He counts as a $1.6 million salary-cap hit for the Lakers, so moving him would likely be an effort to clear space for someone else.

This seems to be the package should the Lakers decide to be active in the trade market. The problem is that Los Angeles probably values ​​THT higher than other teams, and his market has taken a bit of a dive over the last month.

Nunn has yet to make his Lakers debut as he struggles to come back from a knee injury. But if they think Nunn can be an effective wing defender, he could end up being their best trade deadline acquisition.