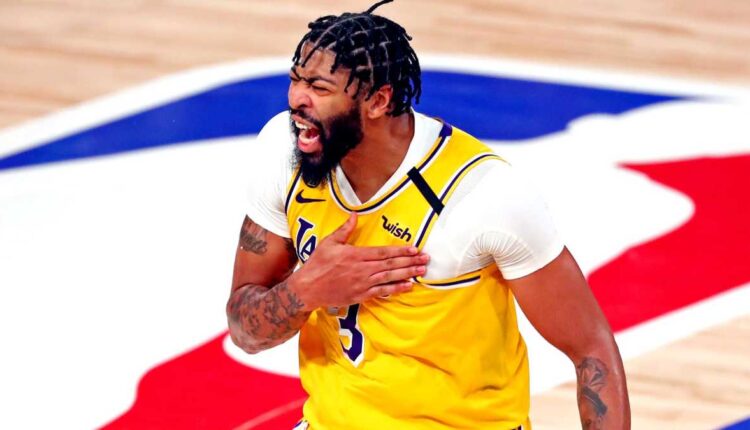 The Lakers did not make a single move at the trade deadline. At this point, if you’re a fan in Los Angeles, you’ve heard that headline a thousand times over the past week. But a team struggling just to stay in the play-in tournament decided there were no deals worth doing. And that’s a problem.

The biggest issue for the Lakers was tradeable assets. They just did not have the pieces to get a move done that could have moved the needle for them. Whether it be on-court talent or draft picks, they had nothing to offer.

That’s why Stephen A Smith thinks the Lakers should look into moving Anthony Davis this offseason. The ESPN analysts spoke in depth about the possibility this week, and he thinks it’s the best way to prepare for LeBron James leaving Los Angeles.

Day one of the offseason, Rob Pelinka needs to be on the phone shopping his big man, just to see how much Anthony Davis is worth. Because whatever assets the Lakers have to help them retool for what we all know is coming? That would be life after LeBron James.

It seems like a foregone conclusion at this point that LeBron’s time with the Lakers is limited. Not only is he 37-years-old, but he has also expressed a desire to play on the same NBA team as his son Bronny. Given Los Angeles’ draft capability, that means Bron will be moving on.

Davis has two more years left on his deal with an early termination option for the 2024-25 season. But he also might be the least tradeable that he has ever been in his prolific career, and the Lakers probably shouldn’t take that gamble.

In order to land AD, the Lakers had to ship off three first-round picks in addition to Lonzo Ball, Brandon Ingram, and Josh Hart. It was a huge haul to land one of the best bigs in the league, and it paid off immediately.

But injuries have really slowed him down, most recently turning over his ankle against the Jazz on Wednesday. AD is set to make over $78 million over the next two seasons, and the Lakers might at least want to wait until after next year to even consider moving him.

But time with LeBron is running out, and they do need to start preparing for the future. It’s certainly an option.