Lakers: Malik Monk Sounds Like He Wants to Stay in Los Angeles – All Lakers 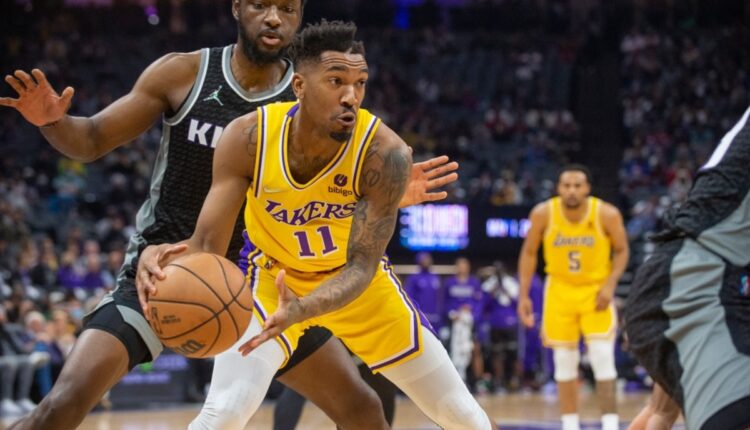 It’s been a very tough year for the Lakers. A team that was designed with their Big Three in mind simply hasn’t worked out, and the lack of depth has really hurt them. All of that has resulted in them posting an incredibly disappointing 27-31 record, barely good for the 9th seed in the Western Conference.

But there have been a select number of bright spots for the Lakers among all of the disappointment. The emergence of Austin Reaves and Stanley Johnson as depth options have been incredible examples of that.

But the rise of Malik Monk has been so fun to watch with the Lakers. After coming over to Los Angeles from Charlotte, Monk is averaging career-highs in almost every offensive category. And it sounds like he would really like to stick around after this season.

In a conversation with The Athletic, Monk’s agent and brother Marcus revealed that he would like to stick with the Lakers.

“He’s very appreciative of what the Lakers have done and what they are doing. And he works for the Los Angeles Lakers. And for him to be thinking anything beyond that and trying to help this team win, it wouldn’t be fair to them for believing in him. So I don’t even have those conversations with him. …Right now, he’s a Laker. And hopefully, he’ll be a Laker forever.”

Monk himself said in the article that he would like to play with the Lakers again. But he also went on to acknowledge that it is a business and that things happen.

Monk was signed to a low $1.78 million contract this offseason to be a Lakers depth option. He has since emerged as a reliable starter for Los Angeles when called upon, and his presence has really helped negate the struggle with Russell Westbrook at times.

They really do need to sign him to a deal this offseason.

Coldest storm of the winter season to hit LA mountains