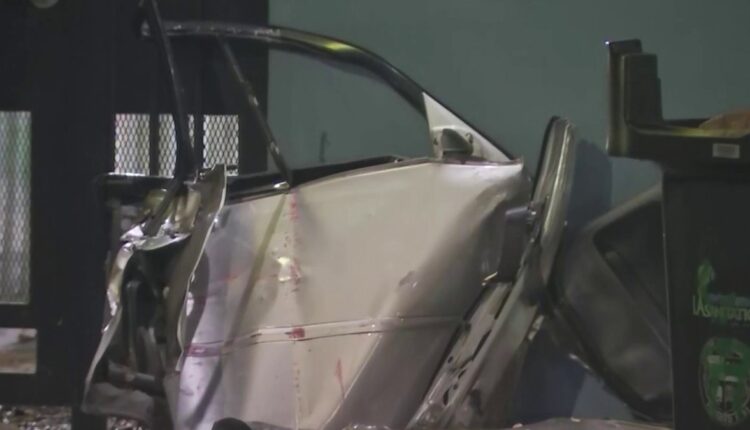 A woman was killed in an accident involving two vehicles on Friday in the area around Lake Balboa in Van Nuys, and two other people were injured.

Los Angeles police said the officers were sent to the 17300 block on Saticoy Street at around 2:40 a.m.

No information was initially available on the identity of the woman who died at the scene of the crime.

Police told NBCLA that the Toyota Camry was traveling east on Saticoy Street when the car crossed into the west lanes, swept a Prius, hit a power pole, and spun. The impact of the impact lifted the bar from the ground. The car also hit a liquor store sign, police said.

According to the police, the 25-year-old woman was killed in the passenger seat.

A man and a woman were taken to a hospital under unknown circumstances.

The circumstances of the crash were investigated, but police told NBCLA that alcohol and drugs were found at the scene.