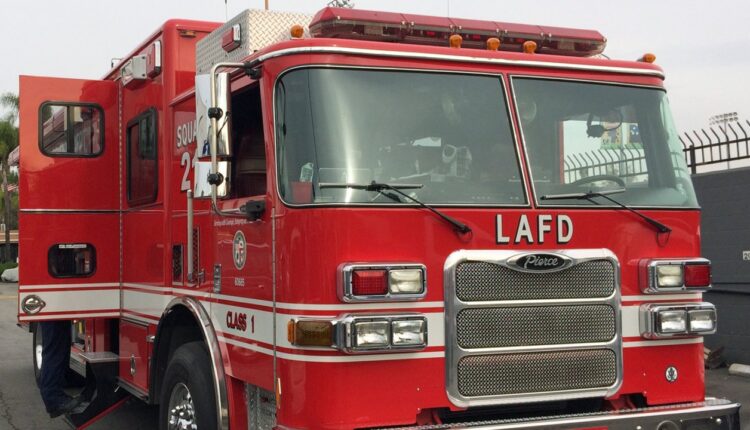 A group of more than 500 employees from the Los Angeles Fire Department has sued the City of Los Angeles to prevent enforcement of the city’s employees’ vaccination mandate.

LA City Council approved a vaccination mandate for city workers last month, and on Friday 529 firefighters sued as a nonprofit collective called the Firefighters4Freedom Foundation. What follows is a federal lawsuit filed by LA police officers this past weekend to overturn the request.

The firefighters are pending an injunction to block the city’s vaccine mandate from going into effect “pending a preliminary hearing on the matter and a further order from this court,” the foundation’s attorneys wrote on a copy of the file provided by Kevin McBride. one of the lawyers representing the fire department.

The filing directly related to the city council’s vaccine mandate and the 13-0 vote that approved it, saying the firefighters were “players in a political chess game ordered by thirteen Los Angeles city council politicians to be experimental.” To inject vaccine – over “their objections – or lose their job.”

U.S.-approved coronavirus vaccines have been shown to be safe and remarkably effective against the disease’s worst in studies of tens of thousands of people and in tracking their performance in the real world.

Robert F. Kennedy Jr., son of the late Senator and presidential candidate and a prominent anti-vaccine activist, is also listed as a Fire Department attorney pending approval to represent clients in California on that case alone.

Kennedy often defends himself against vaccination mandates on Twitter.

The court record lists the 529 firefighters who are part of the group, including Captain Cristian Granucci, whose anti-vaccine mandate video went viral last month.

In the video, Granucci promised legal action if the vaccine mandate he described as “total tyranny” comes into effect.

“We will bring the fight to you, the city of Los Angeles,” said Granucci.