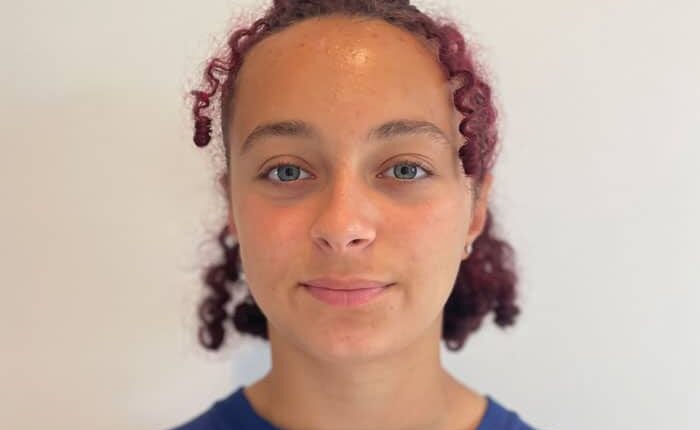 In July, around 10,000 Jewish athletes from around the world will arrive in Israel for the 21st annual Maccabiah Games, a celebration of Jewish unity and culture through athletic competition. The competition takes place from July 12 through 26.

The United States delegation includes 246 Californians; 153 are from the Los Angeles area, and 35 are from San Diego.

Among the Angelenos is 14-year-old Shiraz Benisty, who has been selected for Team US’s 16U (16 and under) Beach Volleyball team, along with Brea Upton, 16, from San Diego. “It’s a pretty big honor,” Benisty told the Journal.

tryouts were conducted all over the United States, with only four athletes selected in Benisty’s category.

“I recommended Shiraz for the Maccabiah games because she has committed to improving her game and she is constantly working to be the best version of herself both on and off the court,” said Aaron Wexler, owner of the WestCoast Volleyball Club. “As a Maccabiah Games alum, I feel honored that I am now in a position to recommend players that I think could not only have a great time at the games and the historical sites of Israel, but could also represent the values ​​of Team USA. ”

A rising sophomore at Santa Monica High School, Benisty has been playing both indoor and beach volleyball for more than six years through Westcoast Beach Volleyball, Santa Monica Volleyball Club and the City of Santa Monica.

“Beach [volleyball] lets me play every single part of the game,” she said. “I’m more involved in the dynamic.”

Her teammate Upton is 5’10” and, between the two of them, have all bases covered. In fact, Benisty considers her height to be an advantage.

“I can move quicker, [and] there are different things that can be worked around,” she said. “It’s not stopping me from growing as a player.”

The world’s largest Jewish athletic competition, held in the tradition and values ​​of Maccabi, the “Jewish Olympics” takes place every four years in Israel.

The world’s largest Jewish athletic competition, held in the tradition and values ​​of Maccabi, the “Jewish Olympics” takes place every four years in Israel. As it aims to strengthen the competitors’ connection to Israel and their Judaism, part of the event is to experience the traditions and the sites of the country.

The daughter of Anne-Marie Asner and Eran Benisty, Shiraz grew up speaking Hebrew and visiting her grandparents in Israel, where her father grew up.

“I’m looking forward to touring Israel from a different perspective,” she said. “We have a week full of traveling around and just experiencing it.”

Benisty trains four to five times a week, and manages to maintain good grades and strong Jewish values. She is an active member of her Jewish community; she participates in the Beth Shir Shalom Youth Group and attended Hebrew school at Santa Monica Synagogue up until her bat mitzvah in August 2020.

In school, Benisty enjoys history and is excited to learn more about environmental science as a possible career path. She wants to make the world a better place: Judaism is very connected to the environment and so is she.

When asked how she thinks being Jewish influences her as a person, Benisty said, “It just makes me just want to do more of the right thing. So, there’s a level of caring for [and helping] others.” And her message to other youth, whether or not they are or want to be athletes, is not to let anything that may seem like a disadvantage stand in your way.

Benisty may not be the tallest volleyball player, but that’s certainly not stopping her from playing her best, enjoying the sport and experiencing all it has to offer.

She said, “I am very excited and grateful to everyone who has made this opportunity possible.”

Learn more about Shiraz Benisty and the rest of this year’s athletes at MaccabiUSA.com.