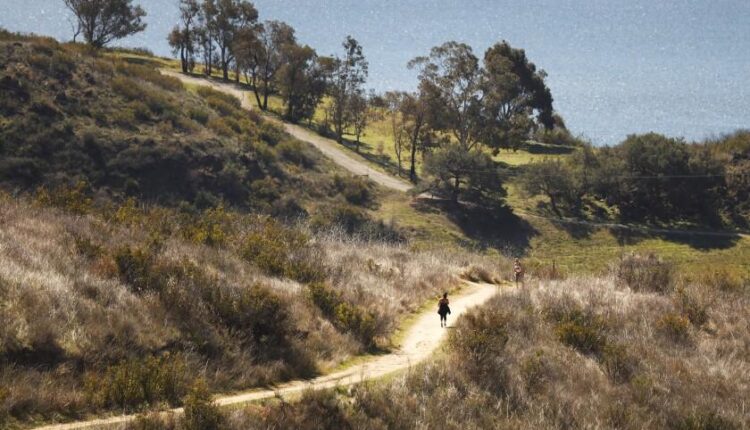 A park ranger in the Santa Monica Mountains National Recreation Area was flagged down Saturday by a person who found eight Molotov cocktails in a wooded area next to an unspecified trail, authorities said. Above, a trail at Solstice Canyon in the recreation area is shown last year. (Al Seib/Los Angeles Times)

Authorities have arrested a Los Angeles man after a trove of Molotov cocktails was discovered in the Santa Monica Mountains National Recreation Area on Saturday.

A park ranger working in the recreation area was approached by a person who found eight of the incendiary devices in a wooded area next to a trail, according to the Los Angeles Police Department.

The ranger found the devices and notified the LAPD and Los Angeles Fire Department arson investigators, police said. Officers responded to the area where they recovered the eight Molotov cocktails and gasoline containers.

Evidence found at the scene led investigators to arrest 34-year-old Maksim Klimenko, police said. The case has been referred to the Los Angeles County district attorney’s office for consideration.

Police said further information about the case or what led investigators to identify Klimenko as a suspect wasn’t available Monday.