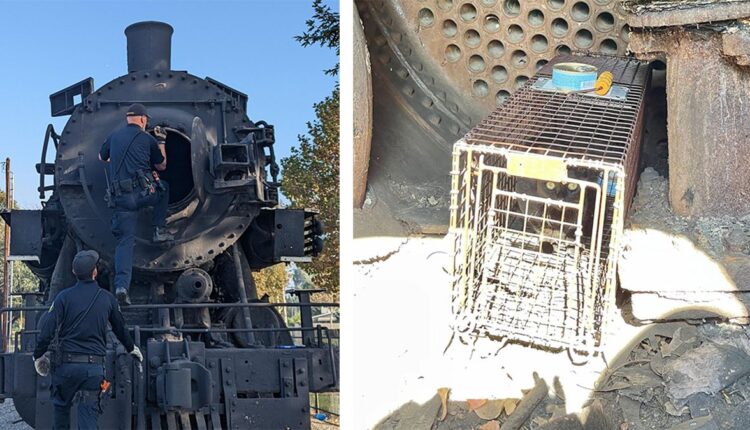 A kitten found itself in an unusual predicament on Wednesday when it was trapped in a vintage locomotive on display in a Southern California park.

Riverside County Animal Service officials could hear the kitten’s plaintive meow from the smoke chamber at the front of the train locomotive installed in Fairmount Park in the 1950s.

It is a popular hangout for wild cats and kittens. This unfortunate kitten probably climbed up and then fell into the engine’s exhaust pipe.

Since the smokehouse was not accessible, the officials from the animal service removed the entrance door and set two traps inside. Later on Wednesday, the kitten was not found in any of the traps.

Animal Services named the kitten Casey Jones after the Illinois Central Railroad train driver and folk hero. The kitten was transported to the Western Riverside County / City Animal Shelter in the Jurupa Valley and examined.

It appears to be in good health.

KHN’s ‘What the Health?’: Why Health Care Is So Expensive, Chapter $22K