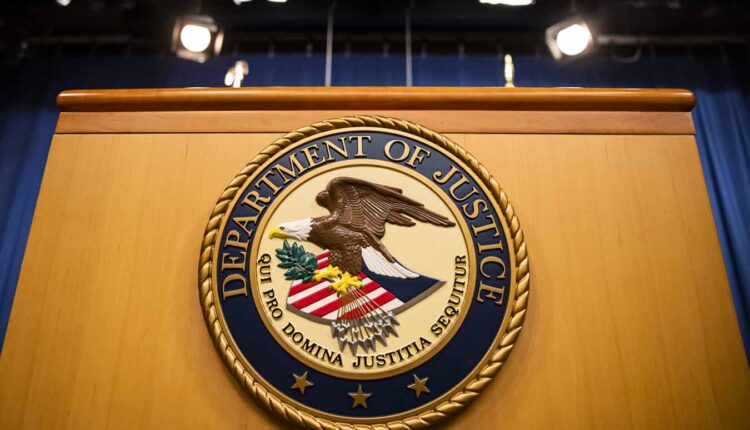 The Justice Department has accused an upstate New York health insurance plan for seniors and its medical analytics company of cheating the government out of tens of millions of dollars.

The civil complaint of fraud, filed late Monday, is the first by the federal government to target a data mining company for allegedly helping a Medicare Advantage program game federal billing regulations to overcharge for patient treatment.

The suit names the medical records review company DxID and Independent Health Association, of Buffalo, which operates two Medicare Advantage plans. Betsy Gaffney, DxID’s founder and CEO, also is named as a defendant. DxID, which shut down in August, is owned by Independent Health through another subsidiary.

The Centers for Medicare & Medicaid Services, or CMS, pays the health plans using a complex formula called a “risk score,” which is intended to render higher rates for sicker patients and less for those in good health. The data mining company combed electronic medical records to identify missed diagnoses — pocketing up to 20% of new revenue it generated for the health plan.

But the DOJ alleges that DxID’s reviews triggered “tens of millions” of dollars in overcharges by exaggerating how sick patients were or by submitting charges for medical conditions the patients did not have.

In an email, Frank Sava, a spokesperson for Independent Health, wrote:

“We are aware of the DOJ complaint filed late yesterday and will continue to defend ourselves vigorously against the allegations. Because this is an open case I cannot comment further.”

Gaffney’s lawyer did not respond to requests for comment.

The DOJ complaint expands on a 2012 whistleblower suit filed by Teresa Ross, a former medical coding official at Group Health Cooperative in Seattle, one of the nation’s oldest and most prestigious health plans.

Ross alleged that Group Health hired DxID in 2011 to boost revenues. The company submitted more than $30 million in new disease claims to Medicare on behalf of Group Health for 2010 and 2011, many of which were not valid, according to Ross.

For instance, she alleged that the plan billed for “major depression” in a patient described by his doctor as having an “amazingly sunny disposition.” Group Health, now known as the Kaiser Foundation Health Plan of Washington, denied wrongdoing, but in November 2020 settled the case by paying $6.3 million.

“Hopefully the case sends a message that coding companies that exist only to enrich themselves by violating many, many CMS rules will face consequences,” said Max Voldman, an attorney who represents Ross.

Timothy Layton, an associate professor of health care policy at Harvard Medical School who has studied Medicare Advantage payment policy, said he has not seen the government take legal actions against data analytics companies before.

“They are often the ones doing a lot of the scraping for [billing] codes, so I wouldn’t be surprised if they came under more scrutiny,” he said.

In the complaint filed Monday, DOJ alleged that Gaffney pitched DxID’s revenue-generating tools as “too attractive to pass up.”

“There is no upfront fee, we don’t get paid until you get paid and we work on a percentage of the actual proven recoveries,” she wrote, according to the complaint.

The 102-page suit describes DxID’s chart review process as “fraudulent,” and says it “relied on ‘trolling’ patient medical records to gin up, in many cases, ‘new’ diagnoses exclusively from information derived from impermissible sources.”

The complaint cites medical conditions that it says were either exaggerated or weren’t supported by the medical records, such as billing for treating chronic depression that had been resolved. It also cites allegedly unsupported claims for renal failure, the most severe form of chronic kidney disease. The suit alleges that Gaffney said these cases were “worth a ton of money to IH [Independent Health] and the majority of people (over) 70 have it at some level.”

The complaint says that CMS would have tried to recover money paid to the health plan improperly had it known about DxID’s tactics and “has now done so via this suit.”

The DOJ is seeking treble damages in the False Claims Act suit, plus an unspecified civil penalty for each violation of the law.

Medicare Advantage, a fast-growing private alternative to original Medicare, has enrolled more than 26 million people, according to AHIP, an industry trade group.

While popular with seniors, Medicare Advantage has been the target of multiple government investigations, Department of Justice and whistleblower lawsuits and Medicare audits. One 2020 report estimated improper payments to the plans topped $16 billion the previous year.

In July, the DOJ consolidated six such cases against Kaiser Permanente health plans, while in August California-based Sutter Health agreed to pay $90 million to settle a similar fraud case. Previous settlements have totaled more than $300 million.