Junípero Serra is not the monster that its critics represent 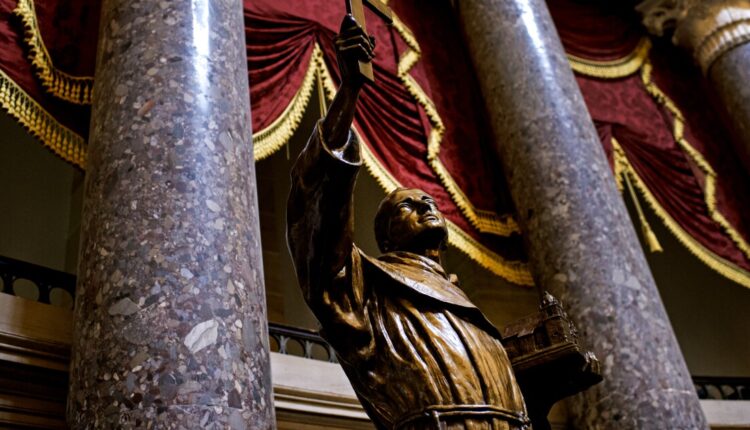 To the editor: Father Junípero Serra, whose statue in the US Capitol is in need of replacement, according to the editorial staff of the Times, should be evaluated in its historical context.

Serra deliberately founded agricultural and religious missions that offered the Californian tribes an alternative to genocide in the 18th century. Had he not done so, the Spanish military would have determined their fate.

Early in his California experience, Serra witnessed the brutal killing of Indians in San Diego by the military. He later defended his mission cohort in Monterey against the illiberal and biased decisions of the Spanish lay rulers.

It can be argued that Spanish colonization robbed the first people of their land and culture. But after the Americans took over California, bounties were placed on the heads of the first humans, which in some cases were hunted to extinction.

It can also be argued that Serra preserved tribal life and communities wherever the missions he founded created agricultural settlements. Just imagine what would have happened if only the Spanish soldiers were in command.

The author is a historian of religion.

To the editor: In your editorial calling for a new California statue in the US Capitol, you state that Ronald Reagan was “the only US President from California who has not resigned from grace.”

What about Herbert Hoover? Like Reagan, he was born in the Midwest but was elected while officially living in California. He did not step back.

The man who actually fell from grace, Richard Nixon, was no longer Californian at the time of his election as president. After he was defeated for the California governorship in 1962, he left the state and moved to New York.

Nixon was a New Yorker when he won the presidency in 1968. Let’s leave him in New York.

Direct Primary Care, With a Touch of Robin Hood