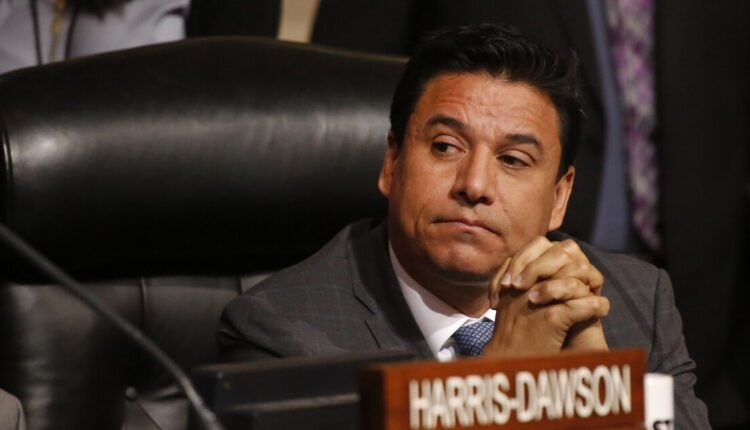 A federal judge denied Jose Huizar’s motion to drastically curtail a widespread corruption case in Los Angeles City Hall, ruling on Friday that prosecutors can continue a case against the former city council for bribery and extortion.

U.S. District Judge John F. Walter denied a motion by Huizar and two co-defendants to dismiss the bulk of a 41-count charge alleging a series of payouts to Huizar in exchange for his help in approving high-rise projects.

Walter’s ruling was a setback for Huizar, who is accused of receiving $ 1.5 million in financial benefits, including campaign donations, private jet trips to Las Vegas, and money he needed to resolve a sexual harassment lawsuit filed by an adjutant.

Huizar, former deputy mayor Raymond Chan and the downtown hotel development company Shen Zhen New World I asked the judge to dismiss 30 cases of extortion, fraud, bribery and other crimes. Among their arguments, they said prosecutors failed to meet the US Supreme Court’s strict standards for federal law’s definition of bribery.

Charles J. Snyder, one of Huizar’s attorneys, told the judge during a Zoom hearing on Friday that prosecutors also crammed the indictment with allegations of behavior that “sounds vaguely tasteless” but is not criminal. He called it “wishlist evidence the government wants to show to the jury”.

Walter disagreed, saying the prosecutor’s charges were in line with the Supreme Court rulings on the scope of federal corruption laws.

The trial of Huizar, Chan, Shen Zhen New World I, and two other people is slated to begin on May 24th. Prosecutors say Huizar ran a criminal company whose members tried to get rich through bribery, extortion, fraud and money laundering.

The 53-year-old Huizar has also been charged with tax evasion, misrepresented information on a bank loan application, and lied to the FBI and federal prosecutors.

Huizar’s legal team has defended his handling of real estate decisions, describing him as an “evangelist for robust development” in the downtown and Eastside neighborhood, which he represented from 2005-2020. He saw it as his responsibility to bring hotels, apartments, jobs and tourism to the city center, his lawyers said in court records.

“He viewed high-density investment and growth as good for all of his constituents – not to mention his own political ambitions and the city as a whole,” they wrote.

Friday’s hearing was not a total victory for prosecutors. In considering whether the developers should be tried separately from Huizar to ensure a fair trial, Walter expressed skepticism about some of the government’s arguments.

The judge instructed prosecutors to produce papers showing what evidence they have to support their allegation of a single fraud scheme as opposed to a number of separate ones. Walter said he doubted prosecutors could prove that Huizar and the developers carried out a single, complex scheme to defraud the public.

If Walter rejects the prosecutors’ theory of a single system, the government could be forced to hold three separate trials based on the allegations contained in Huizar’s indictment. Prosecutors disagreed with the possibility, saying such a move would place “a serious and unjustified burden on the court, the jury pool, the government and the judicial system as a whole”.

Shen Zhen New World I attorneys and developers Dae Yong Lee and 940 Hill have argued that their clients will not get a fair trial if they appear before a jury in the same case as Huizar.

Lee was merely attempting to develop a 20-story apartment building in the Huizar neighborhood and was unaware of allegations related to other real estate projects in the case, his attorney Ariel A. Neuman said. Prosecutors, he said, rely on “unsupported allegations” that Lee knew something about the other alleged plans.