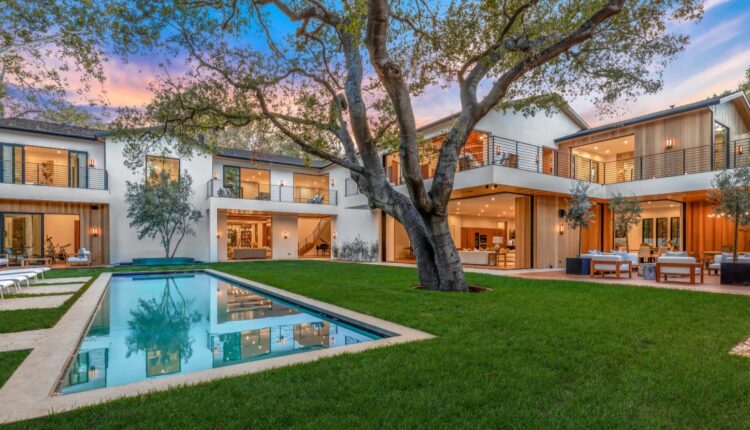 Joe Jonas and Sophie Turner swap the coasts. A few days after the couple spent $ 11 million on a glass villa in Miami, the couple sold their Encino location for $ 15.2 million.

It’s the most expensive sale the San Fernando Valley neighborhood has seen this year, and the second most expensive ever. The current crown belongs to another Jonas, Nick, who two years ago and his wife Priyanka Chopra paid $ 20 million for a 20,000 square meter house there.

Jonas and Turner walk away with a $ 1.1 million profit after paying $ 14.1 million for the property when it was rebuilt in 2019, records show. They first listed it for $ 16.75 million this summer.

The modern pad was designed by Jae Omar who used a design palette made of glass, imported stone and aged natural wood. It has nine bedrooms, 11 bathrooms and tons of unique amenities like an aquarium, cigar humidor, smoke machine, DJ station, disco lights and a kegerator – a special refrigerator that is used to store and dispense beer.

Jonas, 32, reunited with brothers Nick and Kevin in 2019 to release Happiness Begins, the Jonas Brothers’ first studio album since 2009. The frontman previously performed with DNCE, the funk pop band he founded in 2015 .

The native of England rose to fame as Sansa Stark on HBO’s “Game of Thrones,” and received a Primetime Emmy nomination for the role in 2019. The 25-year-old also starred in the films “Josie” and “Time Freak”. and the X-Men series “Dark Phoenix”.