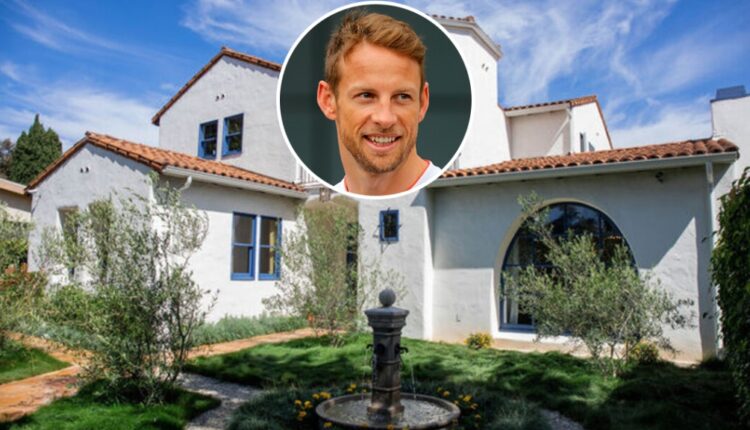 Maybe he needs a place to shack up with young family while he renovates the fixer upper in the mountains between Malibu and Calabasas that he and former Playboy centerfold model Brittny Ward scooped up last year for $3.7 million. Or maybe they miss the in-town convenience of their lavishly appointed former home in Bel Air, an 8,000-square-foot designer-done mansion they sold last October for $8.9 million, much less than the $10.5 million they originally asked and $200,000 more than was paid less than two years earlier. Maybe they plan to renovate and sell the house, or maybe they just need a place to park a few million bucks.

Whatever the case, tax records show British racing sensation Jenson Button — his last big win as a Formula 1 driver was in 2017, when took the checkered flag at the Monaco Grand Prix, and he’s since moved on to driving in the Super GT series— plunked down $5.8 million for a 1929 Spanish Revival bungalow set privately and securely behind high hedges and a locked entry gate along one of Santa Monica’s most prestigious boulevards.

Since the deal went down off the market, not too much is known about the current state of the home. However, marketing materials from the time it last sold in 2016 for a smidgen over $3 million, and listing details from when the property was last available on the open market, in 2019 at $4.25 million, show the updated home has four bedrooms and three bathrooms in about 3,500 square feet. Ashley Teitel of Sotheby’s International Realty handled both sides of the transaction, according to online records.