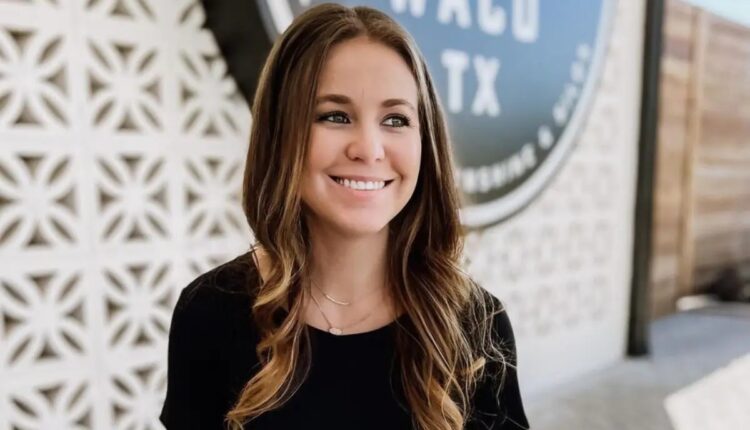 Jana Duggar has returned to Arkansas after a long break in Los Angeles, and now she is sharing rare pictures of her mom Michelle from the trip.

Michelle and her eldest daughter Jana were joined by son Jason for the visit to California where Jinger Duggar lives with her husband Jeremy Vuolo. In one picture, Michelle wore black leggings with a mid-length denim skirt and a white jacket, as her daughters – who both grew up wearing only skirts – wore jeans and a loose sweater.

In another picture, Jana, 32, rocked a casual look in blue jeans and a black crew-neck tee.

Jana also shared a fun reel of her trip, revealing that they spent time on the coast including Venice Beach and Malibu, visiting famous restaurants including Dukes.

MORE: Everything you need to know about the Duggar family weddings

Jinger and Jeremy live near Sun Valley, in the San Fernando Valley, where they attend Grace Community Church as Jeremy pursues graduate studies at The Master’s Seminary

Mom Michelle rarely appears on her children’s social media feeds, and has been absent in recent months as the family deal with eldest son Josh Duggar was found guilty of being in receipt of child pornography.

Michelle made a rare appearance

A jury spent around four hours deliberating before coming back with their verdict in November 2021. The father-of-seven now awaits sentencing; he could be facing 20 years in prison with fines up to $250,000.

After a 2019 raid on his Arkansas car dealership, the former reality star willingly turned himself in on April 29, 2021.

The seven-day saw trial of his wife Anna in attendance every day.

Jana appeared to spend a few weeks in LA

Father Jim Bob and Jana also attended, although Michelle was not seen in the courthouse once.

Josh is the eldest of 19; five of his youngest siblings are all under the age of 18.

The Duggars are devoutly independent Christian Baptistswho pride themselves on their conservative outlook.