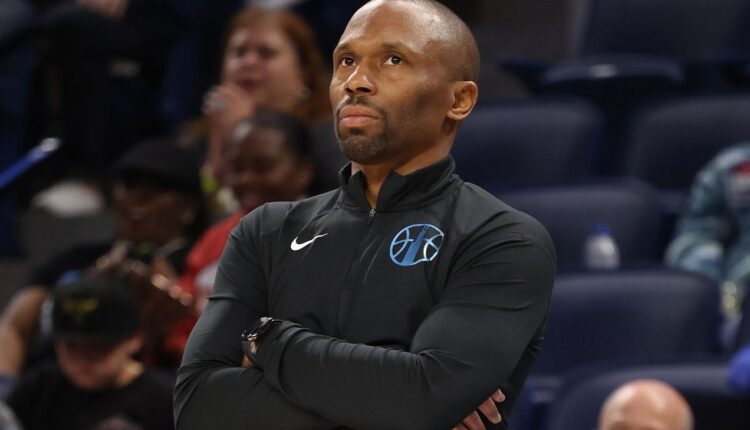 The defending WNBA champion Chicago Sky fell at home Friday to the Los Angeles Sparks, 98-91, in their season opener after a controversial foul call with 1.5 seconds left in regulation helped force overtime.

After the game, Sky coach and general manager James Wade blasted not just the officiating on that late play, where Dana Evans was called for a foul as Jordin Canada attempted a 3-pointer, off which she made all three of her free throw shots, but also a referee calling him for a technical late in the third quarter with the sky down two.

“We had a chance to close out the game but I’m just disappointed in me getting a tech for doing (carrying signal),” Wade said. “It’s BS, because we put in work. And it’s the same thing. Stuff like that has no place in our league. You don’t have no place to just take stuff personal and just take it out on somebody.”

The Sky led by five with 1:45 to go in the fourth before the Sparks rallied back, and though Emma Meesseman’s layup and Courtney Vandersloot’s free throw put Chicago within striking distance of pulling out the win with less than 10 seconds to play, Evans’ foul and the ensuing 3-for-3 shooting from Canada ultimately allowed another five minutes to be added onto the clock.

“Everybody saw that. You all saw that wasn’t a foul,” Wade said. “She still didn’t touch her, even though (Canada) threw her body forward, (Evans) didn’t touch her. And how could people that do this for a living see that and call that. It’s ridiculous. But it’s my life, you guys, it’s the story of my life.”

When asked if she fouled Canada, Evans responded: “Not at all, no, nope.”

The Sparks outpaced Chicago 10-3 in overtime to come away with the win.

Regarding the technical, Wade said he got a warning earlier in the game for “talking to (another) ref.” After getting called for the tech, the Sparks’ Chennedy Carter missed the ensuing free throw but converted a layup later in the possession to put the Sparks up four.

“This is important stuff. You can’t take it personally,” Wade said. “The game is not about you, just like I know the game is not about me. So don’t make it about me. I’m not going to make it about you. It’s about the players that put in the work every week . Let them work, let the games decide themselves, and just because you have something personal or whatever, I don’t know, I’m not saying that, but just because you see something that’s not there, whatever.”

Wade said the team ran out of gas down the stretch, and took responsibility for not giving players more rest earlier in the game so that they could’ve had fresher legs in overtime. The Sky got sloppy towards the end, in all committing 25 turnovers, three more than the Sparks.

“The loss is solely on me,” Wade said. “I’m not blaming it on nobody else. I just need us to do better.”