Is it time to move on from LeBron James? 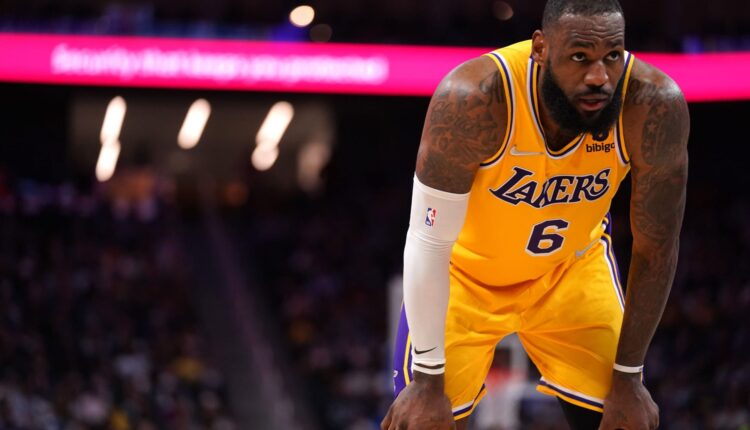 Should the Los Angeles Lakers move on from LeBron James this offseason?

It’s been a season to forget for the Los Angeles Lakers. However, with just a few weeks remaining in the season, the team has refused to wave the white flag or throw in the towel. They still believe that in a seven-game series, if healthy, they have a chance to beat anyone.

And the team is hoping they get that chance with Anthony Davis set to make his return from injury just before the start of the playoffs.

Though, short of a miracle playoff run, the Lakers will enter the offseason with some big decisions to make. Not only will they have to figure out the Russell Westbrook situation, but they’ll also have to blueprint their future with (or without) LeBron James.

At 37 years old, LeBron still has very much left in the tank but he’ll be entering the final year of his contract with the Lakers. It’s unlikely that LeBron is signing an extension of this offseason and will essentially be an expiring contract – something that could prompt the Lakers to make a decision on his future with the team.

With the amount of uncertainty that surrounds both the Lakers and LeBron, and the recent whispers, there’s a legit question to ask if this is the perfect time for Los Angeles to move on from LeBron.

Through his first four years in Los Angeles, LeBron will have missed the playoffs once, lost in the first round of the playoffs twice (barring a surprising run in the postseason this year), and won a championship. All in all, a case can be made that winning the championship makes it all worth it.

At the same time, losing in the first round of the playoffs twice in three seasons with LeBron and AD can’t be considered a success.

But here’s the kicker: this is the last season in which the Lakers will have any type of power in this struggle (if there is one) between the two sides. If the Lakers wait until LeBron’s contract expires, obviously, they have no power over his next move.

If they wanted to, the Lakers could elect to trade LeBron (with his guidance) this offseason to at the very least gain some assets back. But that decision is easier said than done.

Trading LeBron would send shockwaves to the rest of the roster and there’s a good chance if the Lakers elect to move on from LeBron, they’d likely have to trade Anthony Davis too.

I don’t think LeBron would want to leave AD on the sinking Lakers – they are both represented by Klutch Sports.

If nothing else, it’s something else that the Lakers will have to think about before making any rash decisions this offseason. Add in the fact that LeBron has shown little-to-no declining signs and the Lakers are in a place that not many other franchises would want to be.

The Lakers have some big decisions to make this offseason and there’s at the very least a chance that the roster looks a lot different next year compared to this season.