Is God of War Ragnarok really going to be released in 2022? 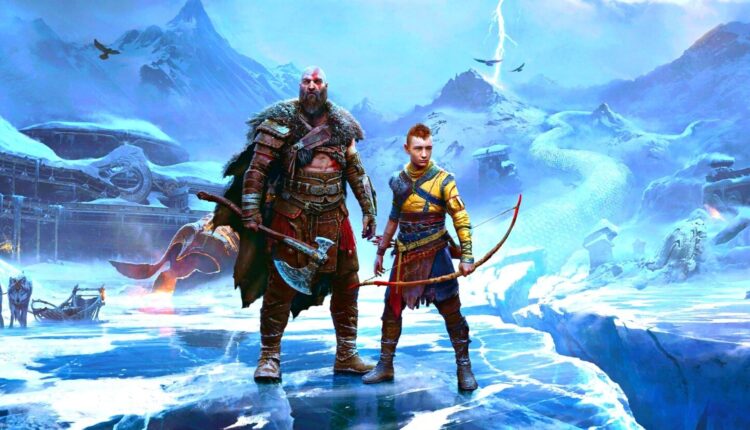 The new year is approaching God of war Ragnarok and the speculative 2022 release date of other PlayStation exclusive products remains one of the most watched developments in the gaming industry. Ragnarok’s release date gives hope that 2022 will be the year gamers get their hands on the sequel. But while the New Year looks promising, there are no guarantees as to when the game will finally find its way onto the shelves.

When Cory Barlog and the Santa Monica crew unveiled God of War during the 2016 E3 events, the game was a game announcement come true. It had been nearly four years since Ascension came out, and players were ready for a new Kratos to rise from the ashes of the past; God of War made all of these wishes come true. After the unveiling, the anticipation grew for the final release. It finally launched about two years later in 2018, but Santa Monica struggled to meet the April 20 deadline. God of War Ragnarok’s most recent reveal trailer could mean it follows its predecessors and comes out years later, but the game’s evolution is different this time around. It looks more likely that the gaming community will soon get an official announcement of a release date.

While God of War Ragnarok could have more delays, Santa Monica plans to release it in 2022, and the company likely wants to keep it that way. Additionally, Avatar: Frontiers of Pandora and Spider-Man 2 could end with 2022 releases. It’s a revolutionary time for game developers as the pandemic has forced companies to renew their style of work and while all of these studios are struggling with the same issues, they have had plenty of time to adapt or return to more traditional environments.

Santa Monica probably doesn’t want to rush God of War Ragnarok because, as time has shown, rushed titles usually have tumultuous releases, like Cyberpunk 2077 and Battlefield 2042. In February, developers said that Ragnarok would be released when it’s done. Later in June, Santa Monica issued a statement on Twitter saying the God of War Ragnarok release window will be postponed to 2022, likely due to various complications in order to meet the initial deadlines. Santa Monica probably made the right decision given other controversial large studio launches that didn’t go well.

Since then, PlaystationSize has revealed on Twitter that the PlayStation database list now includes the release date for God of War Ragnarok, September 30th. This is in all likelihood a placeholder date, especially since several other games have the same date, which happens to be the last day of the third quarter. Speculation about the God of War Ragnarok release date ultimately doesn’t compare to the importance of in-game content, which should probably be a top priority for every studio. While a postponed release date brings a real sense of disappointment, it’s usually for the better. Elden Ring, the most anticipated game of The Game Awards in 2021 and 2022, has postponed its launch date to January 2022 and then back to February, probably for the same reasons that God of War Ragnarok was postponed.

Ragnarok’s release is unlikely to be postponed to 2023, especially since the reveal trailer shows how far it’s got but a slim chance. When Cory Barlog played the opening scenes of God of War during E3 2016, the game was far from over, which is why it wasn’t released until April 2018. However, the God of War Ragnarok reveal trailer seems to be much further a long one. It showed a surprising amount of gameplay footage and even let the community get involved in some seemingly crucial aspects of the narrative through narrative scenes, such as Kratos and Autreus finding Tyr trapped in a prison cell and Freya pouncing on Kratos to fight him. Logically, this seems to suggest that the game is about to finish its content, if not near the end of its development.

See also: God of War Ragnarok: Why Brok is Blue (and Sindri is Not)

If so, Santa Monica will likely announce the official scheduled release date for Ragnarok shortly after the PC release of God of War in January. The plan seems to be to let gamers experience the new and improved version on PC while the development team puts the finishing touches on what would likely set the launch date for God of War Ragnarok to mid to late 2022, the may The sequel still follows the path of the last game and starts almost two years after the reveal trailer.

While God of War Ragnarok is unlikely to follow its predecessor’s launch plan, the option still exists should unexpected development hurdles arise. Undoubtedly, this would push the release date to 2023, and as unfortunate as that may be, it might not come as a complete surprise, especially if further complications with the pandemic and the Omicron strain of COVID-19 disrupt plans. Elden Ring could win MAG three times in a row, and God of War Ragnarok also has the chance to make a contender for the third straight year. But most of the evidence still suggests that a release is most likely in 2022, so fans shouldn’t lose heart until an official announcement gives them reason to.

Will God Of War Ragnarok or Avatar Frontiers of Pandora be released first?

God of War Ragnarok isn’t the only video game with an ambitious fan base and is hoping for an early release. Ubisoft unveiled Avatar: Frontiers of Pandora on June 12th, and it made a stunning display with stunning visuals. While the game is based on the universe first seen in the 2009 Avatar movie, Frontiers of Pandora is a brand new story.

What is less certain, however, is the date the game will be released. There’s not much to support date speculation at this point as the reveal trailer was pretty vague. it only showed cinematics and gave no specific references to the narrative or story. Like the movie, it will likely have something to do with outside forces trying to colonize Pandora and the indigenous people will have to stand up and stop them, but beyond that there is nothing to worry about. While the game could be released in 2022, the more likely Avatar: Frontiers of Pandora will release in 2023, which gives God of War Ragnarok a head start.

What God Of War Ragnarok means to Spider-Man 2 PS5

Another expected PlayStation exclusivity is Marvel’s Spider-Man 2 from Insomniac. While the game’s Revelation trailer wasn’t nearly the sweeping spectacle that the God of War Ragnarok turned out to be, it did showcase some formidable aspects of the game, such as running on a PS5 in real time. Spider-Man 2 appears to be well in its development, although the release window has only been set to a vague “2023” so far. One of the games is unlikely to affect the other’s release as development by different studios takes place under the PlayStation umbrella. While Marvel’s Spider-Man 2 is unlikely to launch alongside Ragnarok, how long fans will have to wait until 2023 is up in the air God of war Ragnarok shows Sony is willing to keep something if it seems in the best interests of the product, so whether fans will ultimately have to wait for Marvel’s Spider-Man 2 until 2024 remains to be seen.

Next: What Monoliths Wonder Woman Game Can Learn From God Of War

How Kassandra from AC Odyssey lives in Valhalla’s crossover stories

Two controversies in universities in CA over language