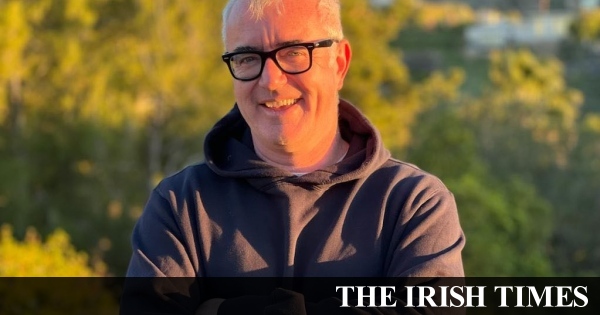 Not far from where Harrison Ford famously crashed his small plane in 2015, a new airport restaurant is attracting locals and high-fliers.

“Ford crash landed his plane on the golf course at the end of the runway, shortly after taking off here at Santa Monica Airport,” says entrepreneur Sean Martin, who owns The Cloverfield restaurant on Airport Avenue, close to the sprawling city of Los Angeles .

“It used to be called the Spitfire Grill, but we renamed it The Cloverfield, after its original name. It is named after Grubby Clover, who grew up around here, but was killed in action during the first World War.”

Martin, who is originally from Adamstown, in Co Wexford, took a detour via London to California. “After completing my Leaving Cert in 1993, I went to Cathal Brugha Street to study hospitality management and subsequently did a degree in marketing at Dublin Business School. I worked in Dublin for a few years after that, publishing a magazine for Stena Line, before getting a lease on a pub in London.”

He says that, at the time, these were easy to come by. He was paying €12,000 for a 10-year lease for the Northumberland Arms on Charlotte Street.

“It was a really great time to be in London. Because we were around the corner from the Sony recording studio, you’d have great characters coming in like Shaun Ryder and Paul Weller. ”

“With Rada – the Royal Academy of Dramatic Art – around the corner too, a lot of our staff were actors, including Michelle Dockery and Jody Whittaker who went on to star in Downton Abbey and Doctor Who respectively.

Martin bought another pub called the Barley Mow on Baker Street, in Marylebone, and opened BBQ restaurants in West Hampstead and Liverpool Street during the early 2000s.

“After I met my wife, we sold the pubs and I was asked to run The Pregnant Man pub and restaurant on Chancery Lane.”

In 2017, his wife got a job offer in Los Angeles and brought the now family with her. “During the first year, I was back and forth running the pub in the UK, which I still run from here, and looking after my daughter who is now eight.

“I was on a spouse visa originally so it was all quite smooth after we landed. I got a working visa after two years.”

At this point, Martin wanted to get his teeth into a new project and he came across the Spitfire Grill at the Santa Monica Airport complex. “The previous owner was here for 30 years, so we revamped it and renamed it, making the most of its massive outdoor space.”

Martin says the terrace turned out to be a saving grace, because they opened on March 3rd, 2020, just before lockdown.

“Once restrictions were lifted, you could dine outside, which was new to many Angelenos who, despite the year-round sunshine and clement weather, don’t dine outside as much as you would think.

“People used to favor eating indoors in air-conditioned buildings, but thankfully, due to Covid-19 restrictions, they realized it’s nice to be outside too,” he says. “Bars and restaurants started thinking of novel ways of utilizing outdoor space. We were ahead of the curve, so when we opened fully in January 2021, after the initial lockdowns and the shorter lockdown late in 2020, we’ve been busy non stop.

“We offer casual dining with upscale diner food, with fresh pastas along with cocktails, including a famous aviation gin. Obviously there was a dramatic decrease in jet traffic, but the complex has a playground and ample parking, so it attracts people from the local area and beyond.”

The complex, which comprises 92 hectares (227 acres) and includes a flight school and dog-friendly community space, is popular with tourists due to its close proximity to LAX international airport, Santa Monica and the Pacific Ocean.

Martin says doing business in the US is easy once the right paperwork is in place. “When the sale agreed process was in place and both parties agree on everything, we had 30 days to sort everything. We did a lot of due diligence before that happened. Also, buying a house here and renovating it meant we got to know the process.”

Martin says life in LA has been good, despite Covid-19. “It’s sunny year round here and we have a great outdoor culture. I like to play golf and go hiking year round. There’s also a great Irish community here. The local GAA club, the Cougars, come here for social events, so it’s nice to catch up.”

The Martin family live in Brentwood, made popular by Larry David from Curb Your Enthusiasm. “Los Angeles is expensive for real estate, but it’s cheaper to buy a property than to rent. Since Covid-19 we added a pool, which is a very LA thing to do.”

Martin says LA offers many opportunities to Irish people, but anyone thinking of making the move should look at schools, as public schools vary greatly.

“It’s fair to say, I won’t be going anywhere from here. life is great The Irish community here is very mixed, you get people working in movies and tech, but there’s a growing scene with lots of events. Getting together to watch the Six Nations is a highlight. When you’re away from home, it’s great to watch matches with fellow Irish people.”

As for Indiana Jones, has he dined at The Cloverfield yet? “Not yet, but you never know.”