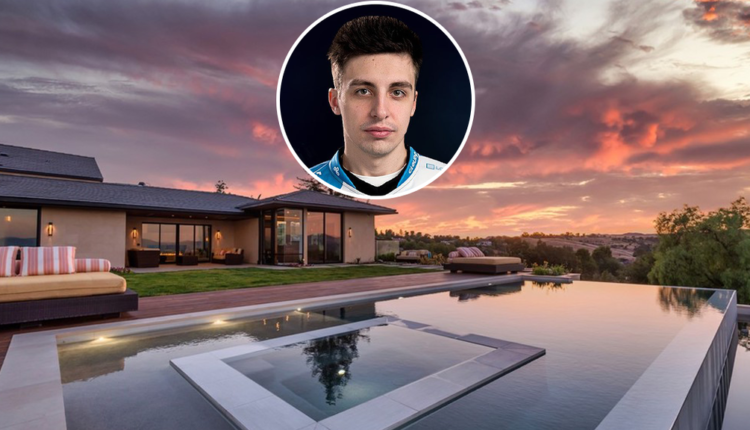 He already owns a luxury home in Orange County, California. But for more than a year, Michael Grzesiek – better known as Shroud to his millions of YouTube and Twitch subscribers – has been trying to improve his living conditions.

During a live stream last September, the Canadian player told fans, “In reality, though … [I’ve] I’ve been looking for new houses and all … I’m above where I live, so to speak. ”But when his followers warned him not to go the megamansion route, he assured them that his new home was definitely not 25 bedrooms don’t worry – that would be damn stupid.

Records now confirm that Shroud wasn’t just whistling Dixie. The 27-year-old has bought a bona fide property in Hidden Hills, a guarded community in the San Fernando Valley in Los Angeles. And while the property doesn’t have 25 bedrooms – there are only six and eight bathrooms – it’s certainly a big step up for him, both in size and price. And some of his closest new neighbors are Jeffree Star, Drake, Kanye West, John Stamos, Lori Loughlin, and pretty much all of the Kardashians known to mankind.

If you’re shocked that a gamer can afford a nearly $ 10 million home in one of LA’s most exclusive neighborhoods, then don’t be. Shroud isn’t just your ordinary streamer. He has nearly 10 million followers on Twitch and is the fifth most popular person on the platform, and his main YouTube channel has 6.8 million subscribers and over 900 million lifetime views. He’s also been a professional gamer for more than a decade.

In 2019, Shroud signed a deal to leave Twitch in favor of Microsoft’s Mixer app, which was subsequently incorporated into Facebook Gaming. But when Shroud refused to join Facebook, it triggered his contract purchase and he reportedly received a whopping $ 10 million lump sum – after which he immediately returned to Twitch.

Additionally, Forbes estimates that in 2019 alone, prior to the contract takeover, Shroud earned $ 12 million; his income has likely increased since then as his views and subscribers continued to skyrocket. That’s thanks in part to the COVID-19 pandemic, which resulted in people around the world being quarantined at home and stuck to their electronic devices.

In addition to his new home in Hidden Hills, Shroud also has a residence in Irvine, California. The significantly smaller building was built in 2018 and is in a planned development with almost identical houses. According to tax records, this OC home is now valued at between $ 2 million and $ 3 million.