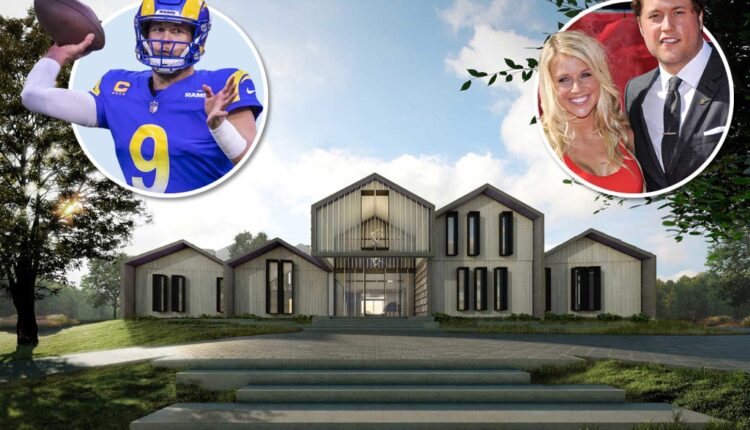 It’s been one heck of a year for Matthew Stafford — and now he’s got the house to match it.

Not only did the quarterback get traded from the Detroit Lions to the Los Angeles Rams — finding himself in Super Bowl 2022 — but he shelled out nearly $20 million for a high-tech modern estate.

Stafford, who turned 34 today, purchased the home — located in the upscale Hidden Hills neighborhood in the San Fernando Valley — with wife, Kelly, back in May, only six weeks after he was traded to the California team.

The 15,000-square-foot home was bought while it was still under construction.

Comprised of six bedrooms and nine bathrooms, the home also comes with an additional 3,000 square feet of covered patio and garage space, 64North, the architecture firm behind the house, noted.

And it comes fully loaded with every amenity imaginable, including a commercial theatre, expansive gym, massage room with a steam shower, a spa built of stone and marble, two temperature-controlled wine rooms and a separate guest house. 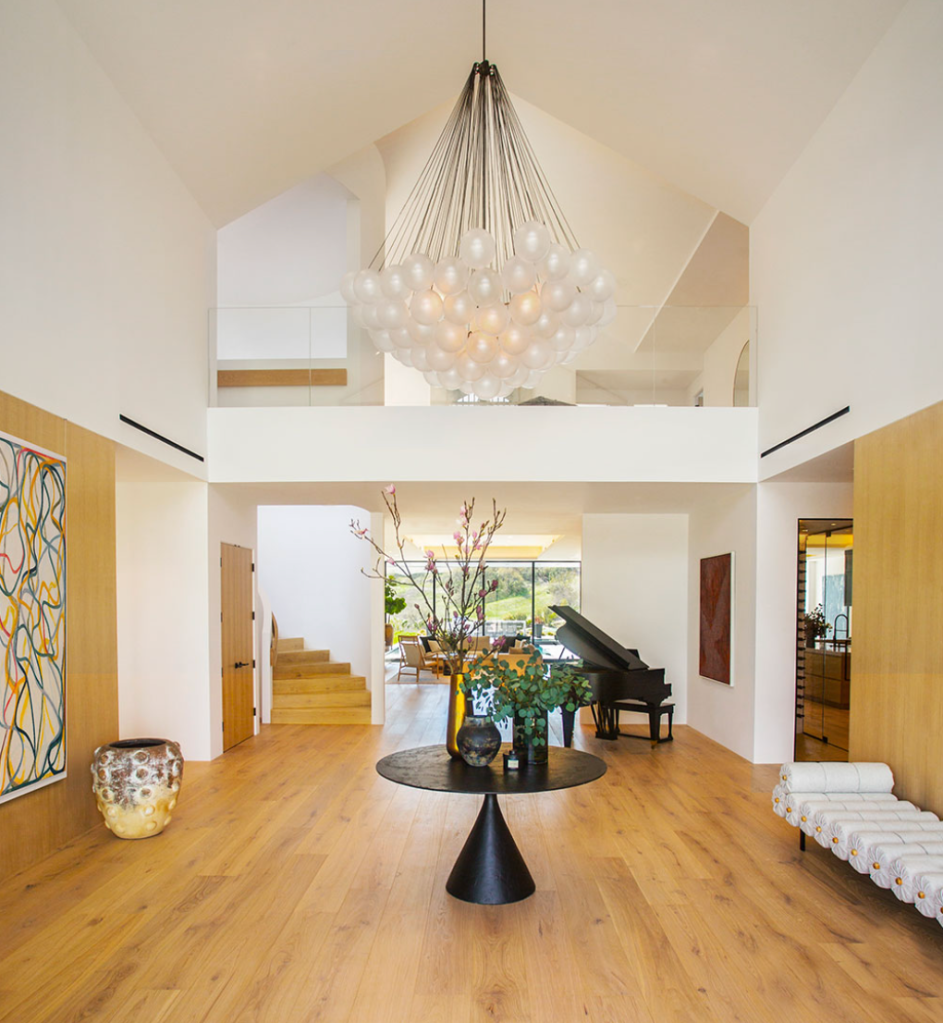 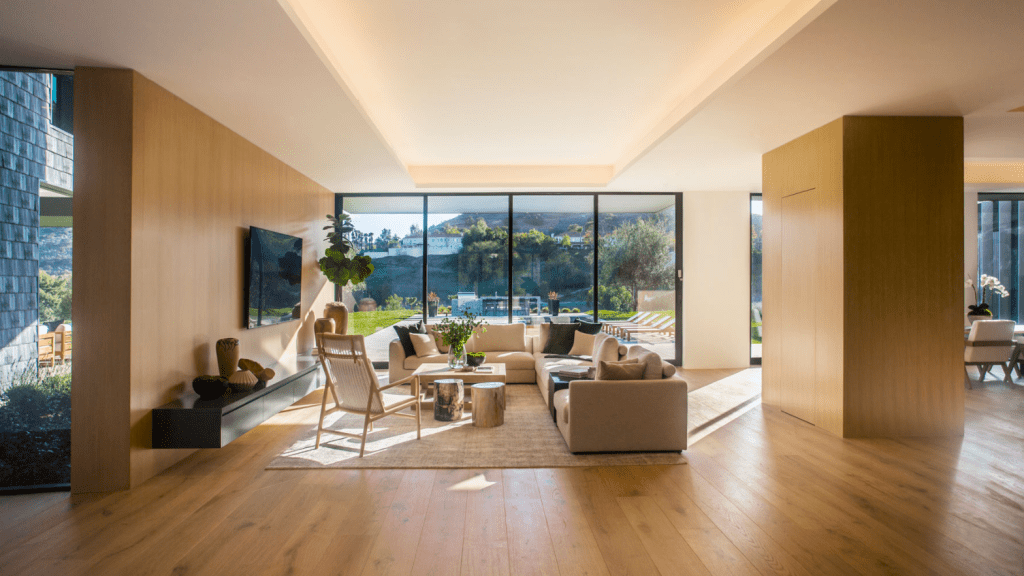 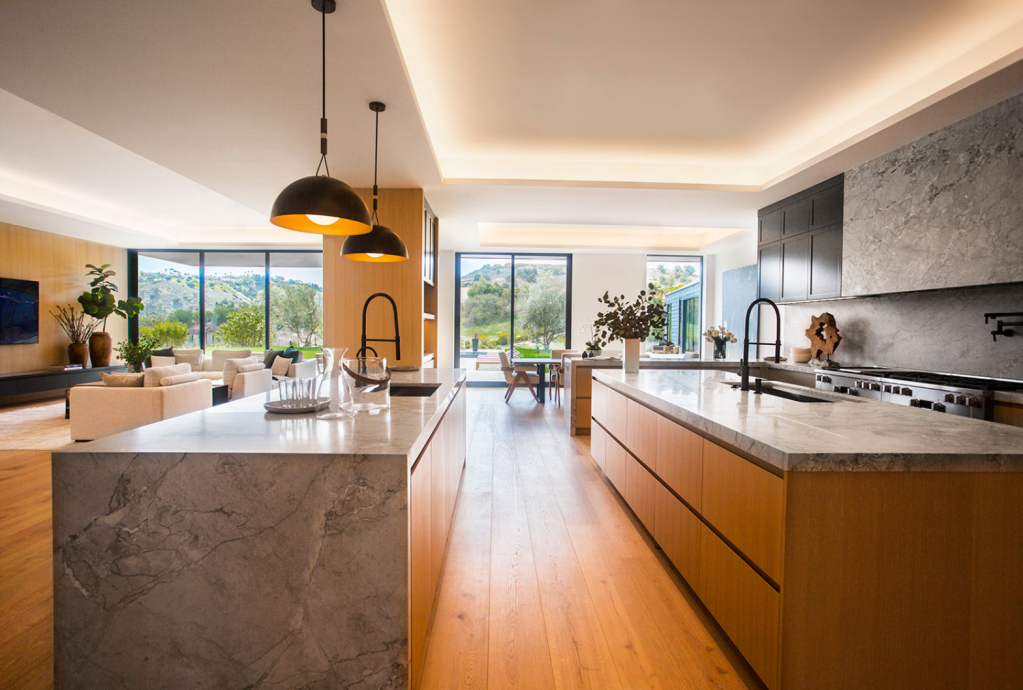 The kitchen and view of the open floor plan. 64North.com 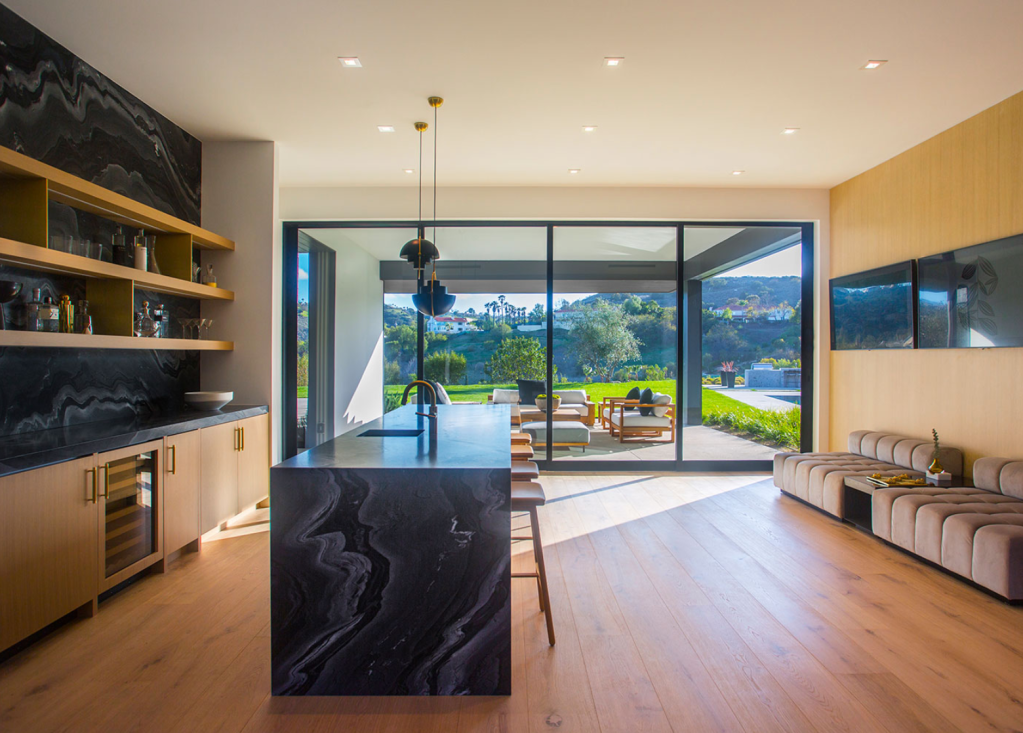 A wide shot of the bar that leads out to the patio. 64North.com 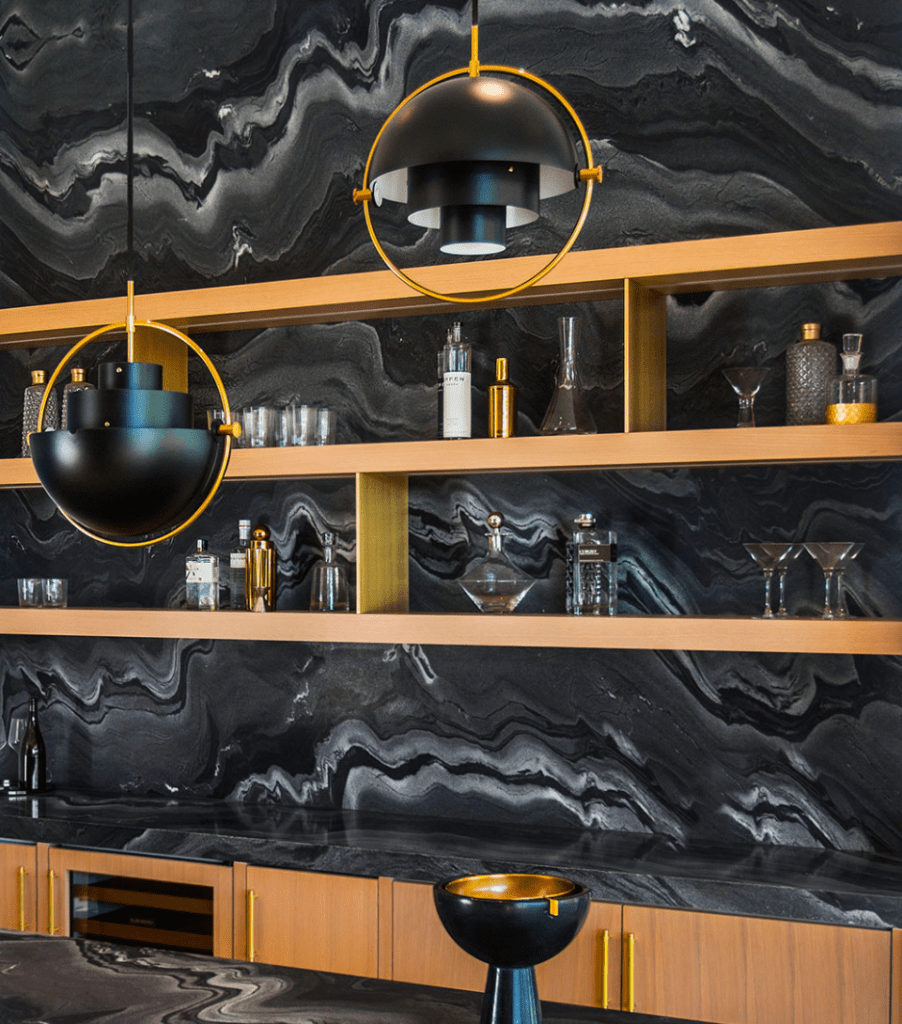 A close-up of the bar with a backsplash of black stone. 64North.com 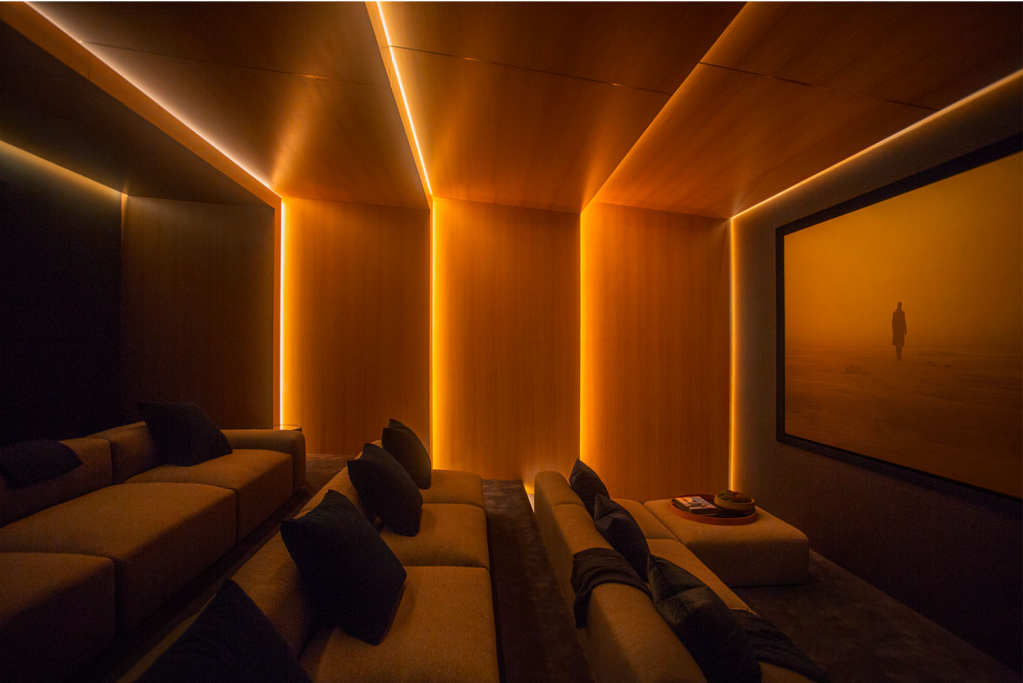 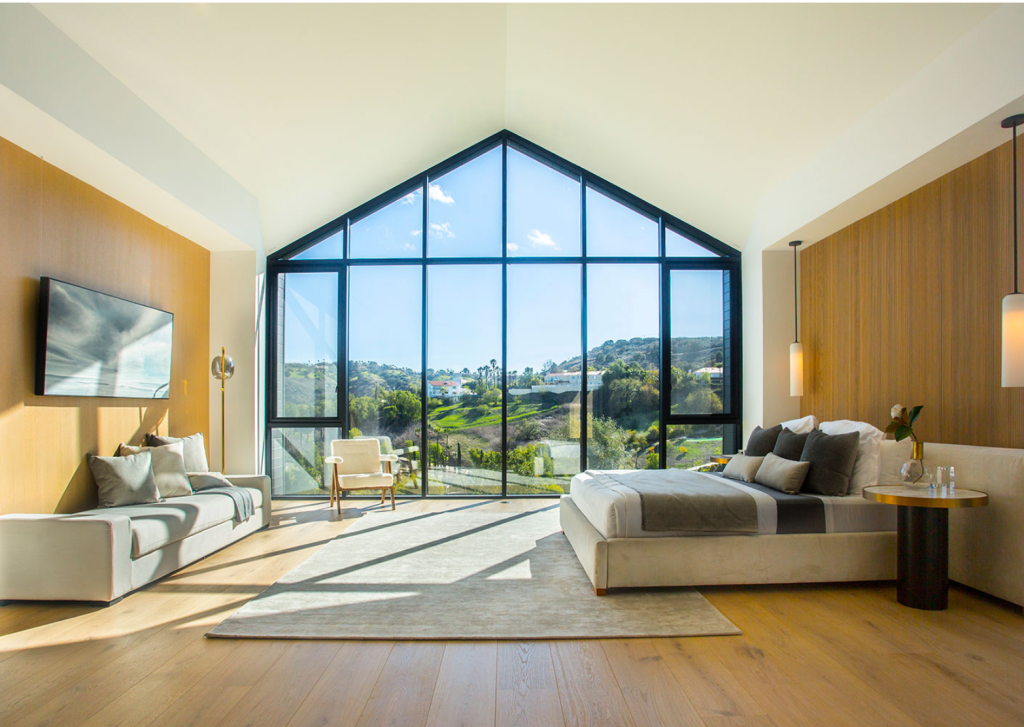 The six-car garage is designed with a high ceiling to accommodate car lifts.

Pegged as the “Seven Summits Residence, based on its peaks and the home being perched on a ridge line, the property boasts canyon views. It also features a two-story floor-to-ceiling glass entryway with views to the great room to the backyard to the pool.

Other features include a grand central gallery, indoor and outdoor lounges, a bar, as well as an outdoor kitchen and sheltered poolside dining terrace, 64North described.

At the center of the estate is a large spiral staircase overlooking a courtyard with a linear water feature and a 50-year-old olive tree.

It’s also home to one of the most perfectly situated bathtubs you’ll ever lay eyes on. 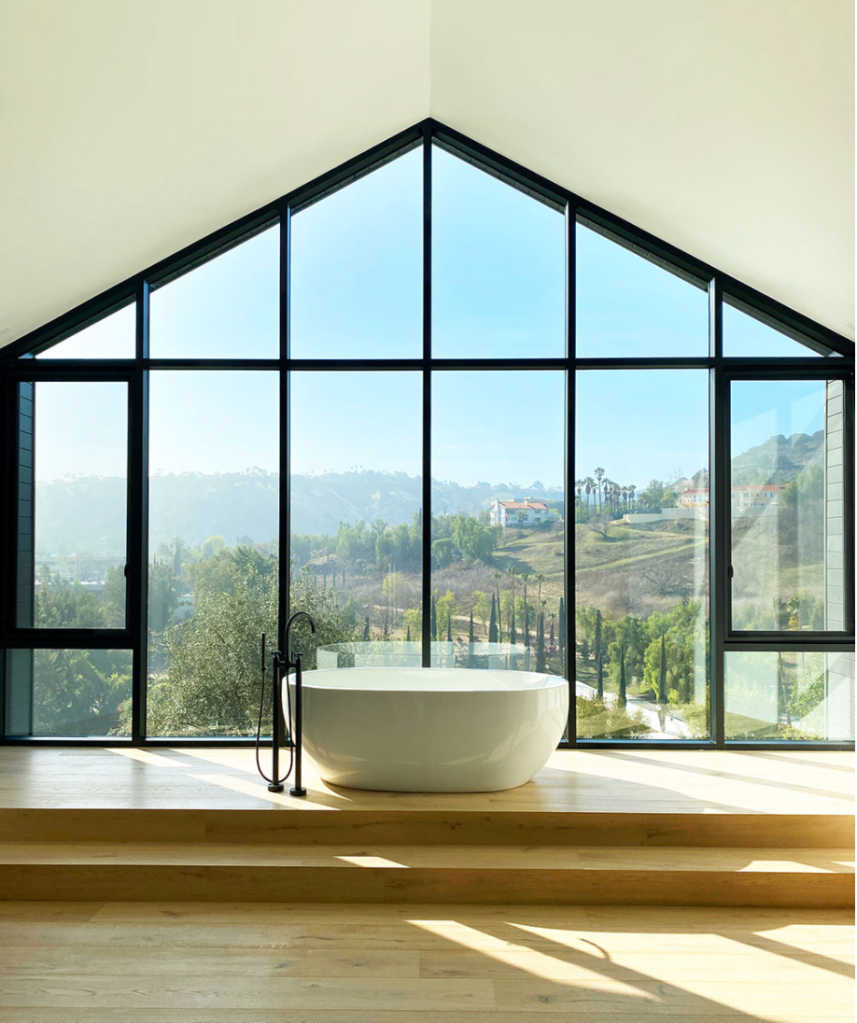 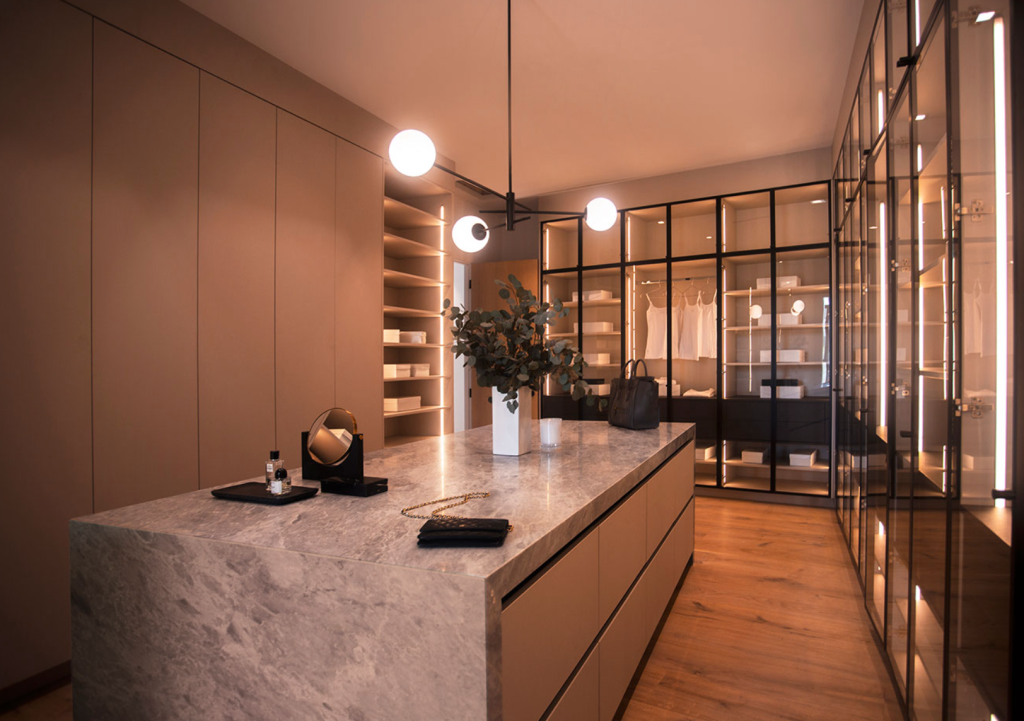 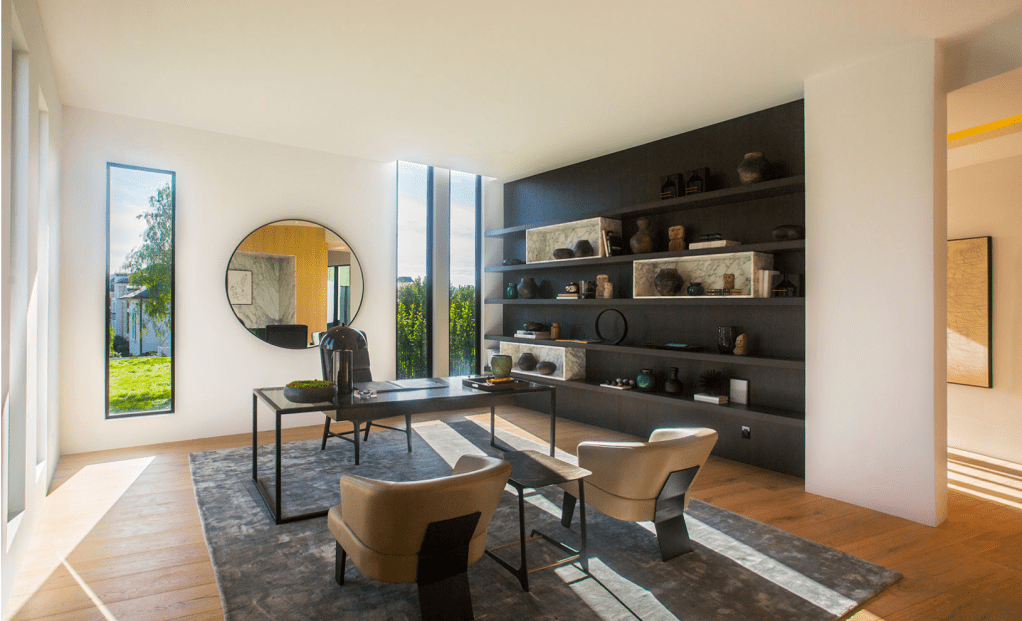 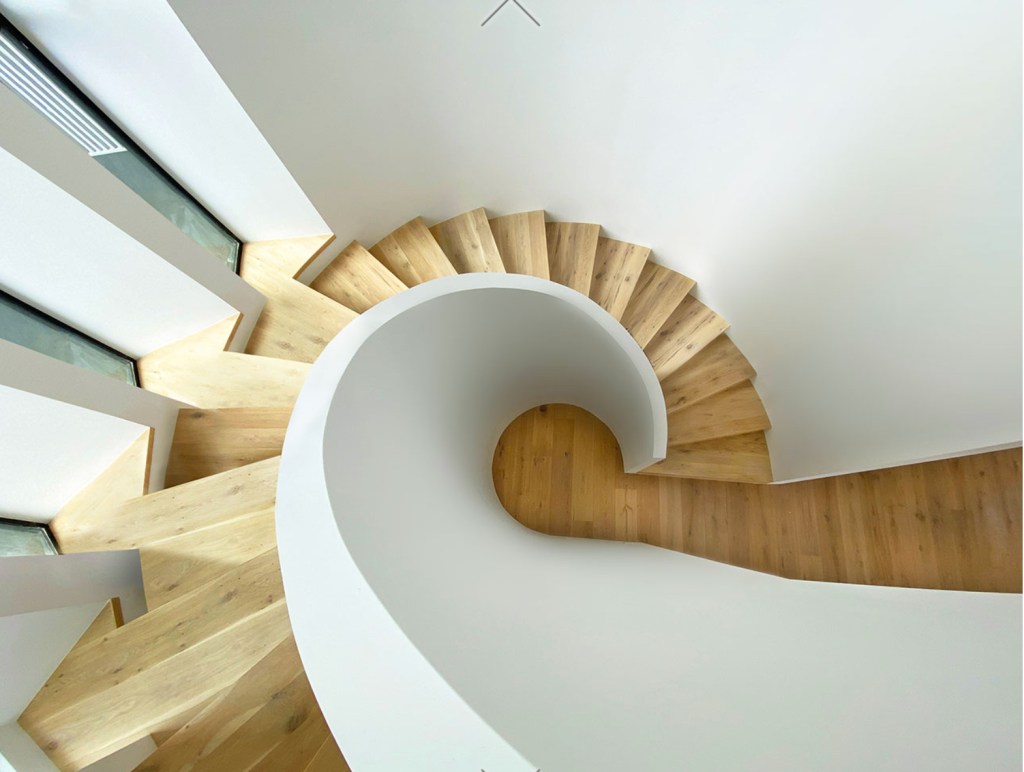 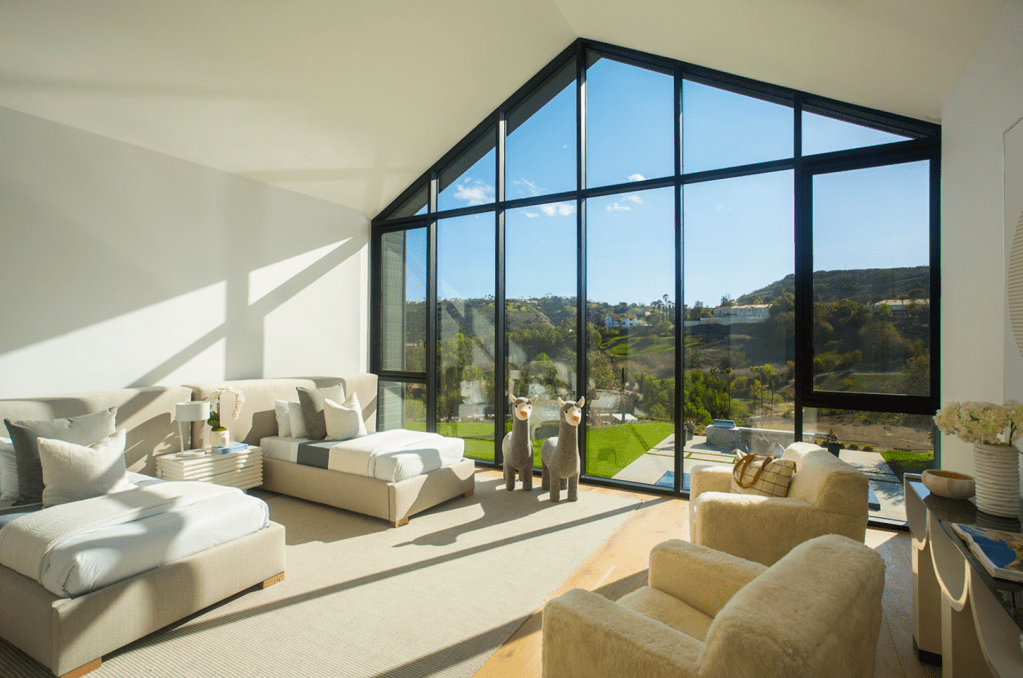 One of six bedrooms. 64North.com 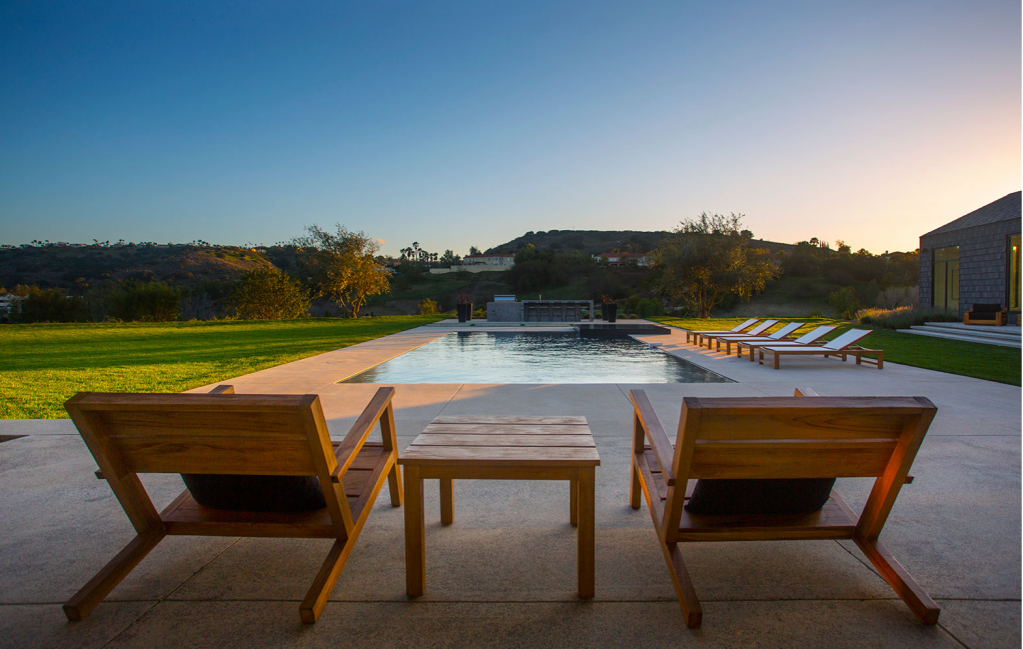 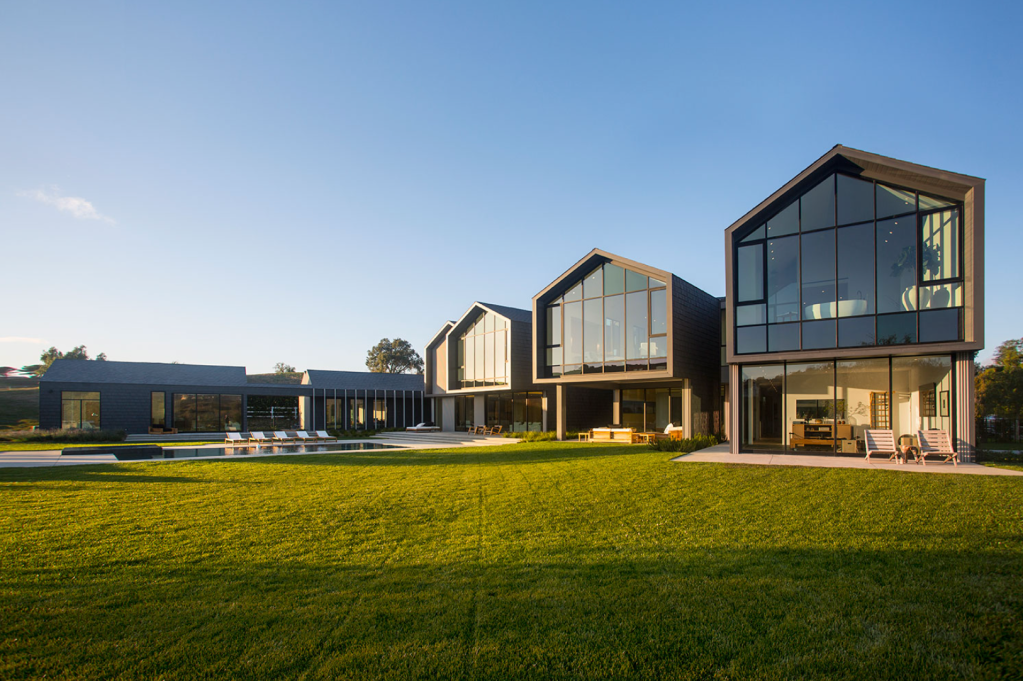 The property is situated on two acres of land. 64North.com

Situated on two acres, it also comes with a library, a shaded pergola, a basketball court, and other various fruit trees.

Stafford, who has an estimated net worth of $81 million, is set to play against the Cincinnati Bengals on Sunday for Super Bowl LVI.