Inmates Who Died Asked for Release Before Falling Ill With Covid 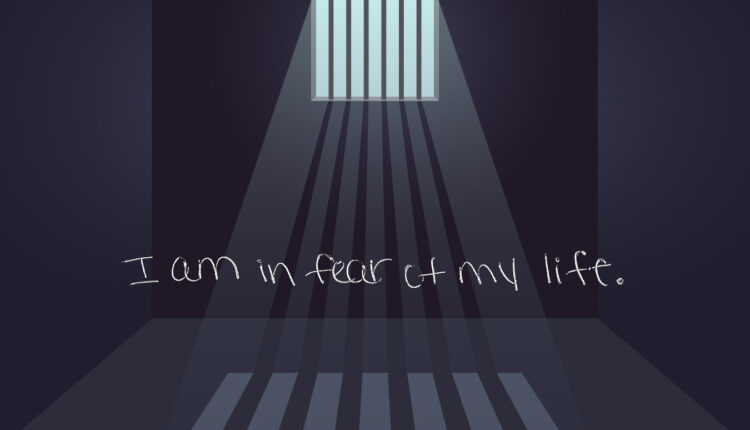 Rory Adams did not know that Christmas in a small rural hospital in West Virginia would be the last time he saw his wife alive. She’d entered prison in early January 2021 to serve a 42-month sentence for failure to collect payroll taxes. She was supposed to return to North Carolina, their two adult children, and their quilting business this summer.

But when he saw her, she was heavily sedated. A ventilator was helping her breathe as she struggled with covid-19. Rebecca “Maria” Adams, 59, died 18 days after Christmas in the same hospital bed.

The pandemic has proved especially deadly behind bars. Inmates are more than twice as likely to die of covid as the general population. And the deaths continue to pile up.

Adams was the second of three women incarcerated at Alderson Federal Prison Camp to die of covid in less than a week in January. The prison that holds fewer than 700 inmates had 50 cases as of Feb. 8. When U.S. case numbers surged in December because of the omicron variant, an understaffed and still underprepared federal prison system was once again swamped by covid cases.

The deaths of these three women imprisoned in West Virginia reflect a federal prison system plagued by chronic problems exacerbated by the pandemic, including understaffing, inadequate medical care, and few compassionate releases. The most recent statistics from the Federal Bureau of Prisons report 284 inmates and seven staff members have died nationwide because of covid since March 28, 2020. Medical and legal experts say those numbers are likely an undercount, but the federal prison system lacks independent oversight.

Alderson, where Adams was incarcerated, was one of the first federal prisons to have a covid outbreak in December in this latest national surge. But as of the first week of February, 16 federal facilities had over 100 cases. More than 5,500 federal inmates and over 2,000 BOP staffers had tested positive for covid, according to BOP data. At one prison in Yazoo City, Mississippi, over 500 inmates — almost half the prison — tested positive in late January. Including the three women from Alderson, 12 federal inmates died while sick with covid in January.

The Bureau of Prisons has come under fire in the past few months after investigations by The Associated Press and The Marshall Project alleged widespread corruption and called the agency a “hotbed of abuse.” In January, before all three Alderson inmates died, the head of the BOP, Michael Carvajal, announced his resignation, although he remains in charge until a successor takes the helm.

The criticism of the agency continued in congressional testimony in January after the deaths at Alderson. Legal and medical experts specializing in the federal system, as well as members of Congress, accused the BOP of hiding covid deaths and cases, repeatedly failing to provide adequate health care, and failing to properly implement the compassionate release program meant to move at-risk inmates to home confinement. Five recently released inmates, two incarcerated inmates, and six family members of women incarcerated at Alderson, confirmed these allegations to KHN.

The Alderson inmates and their families reported denial of medical care, a lack of covid testing, retaliation for speaking out about conditions, understaffing, and a prison overrun by covid. Absences by prison staff members sickened by the virus led to cold meals, dirty clothes, and a denial of items like sanitary napkins and clean water from the commissary.

In an email, BOP spokesperson Benjamin O’Cone said the agency does not comment on what he called “anecdotal allegations.” He said the BOP follows covid guidance from the Centers for Disease Control and Prevention.

O’Cone pointed to the BOP’s online dashboard about covid statistics when asked how many inmates have died since Dec. 1 and how many had tested positive for covid before death. A day after KHN emailed the BOP about the deaths of the three inmates from Alderson, two appeared on the dashboard and news releases were published. The women had been dead for almost a week.

All three women — Adams, Juanita Haynes, and Bree Eberbaugh — had sought compassionate releases because of preexisting medical conditions that made them more susceptible to dying from covid, including Type 2 diabetes, hypertension, congestive heart failure, obesity, and chronic obstructive pulmonary disease.

Nationwide, over 23,000 people were released from the federal system from March 2020 to October 2021, but more than 157,000 people are still imprisoned. After early pandemic releases, the prison population in the U.S. is climbing back to pre-pandemic levels. Some of the early drop was due to inmate deaths, which rose 46% from 2019 to 2020, according to the most recent data from the Bureau of Justice Statistics.

“They will literally be released so they don’t die in chains,” Alison Guernsey, clinical associate professor of law at the University of Iowa, said in congressional testimony in January. She called BOP facilities “death traps,” referring to the BOP’s “inability or reticence to control the spread of covid-19 behind bars by engaging in aggressive evidence-based public-health measures.”

Guernsey testified that the BOP death data is “suspect” because of delayed reporting, the exclusion of deaths in prisons run by private contractors, and those released just in time to “die free.” Haynes’ death, for example, is not counted in BOP data even though she got sick with covid while incarcerated because she was freed through compassionate release right before she died in January, months after her first applications were denied.

Guernsey questions the BOP’s covid infection numbers because the agency does not report the number of tests administered, just the number of positive tests. “The BOP can hide whether low infection rate is due to low covid cases or inadequate testing,” she said. All these factors mean the numbers of deaths and cases are likely “substantially” greater than reported, Guernsey said.

The impact of incorrect data trickles down to the denial of compassionate release requests. One factor that judges consider is the level of covid cases and risk within that prison. Eberbaugh, the third inmate from Alderson to die in January, applied in March 2020 for compassionate release from her 54-month sentence, citing preexisting medical conditions.

In August 2020, a court denied Eberbaugh’s motion, in part citing the lack of covid cases in the prison. A few days later, she responded in a handwritten letter, appealing for legal counsel from the public defender’s office. “Your honor, it is only a matter of time before it reaches here and I am in fear of my life,” she wrote.

The court denied that appeal in April 2021. Within nine months, she had died of covid.