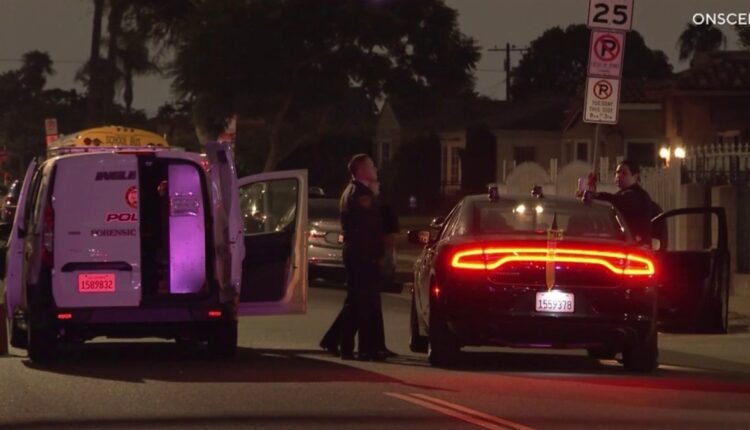 An Inglewood man was shot dead in LA County Thursday morning as smash-and-grabs and other violent shootings raged across the country.

Investigators were trying to figure out why this man was targeted when friends arrived at the Manchester shooting scene and 7th Avenue and said he was a popular local rap artist.

Although police haven’t confirmed his identity, social media tributes identify him as an up-and-coming rapper from southern California named Slim 400.

Local radio stations paid tribute to the rapper, with Power 106 posting an interview with the rapper and Nick Cannon describing how he survived a drive-by shoot.

The Los Angeles County coroner would only confirm that a man in his thirties was killed.

The victim was found on the street near a driveway of an apartment building, officials confirmed.

He was taken to the hospital but did not survive.

A neighbor told NBCLA that she heard at least seven gunshots.