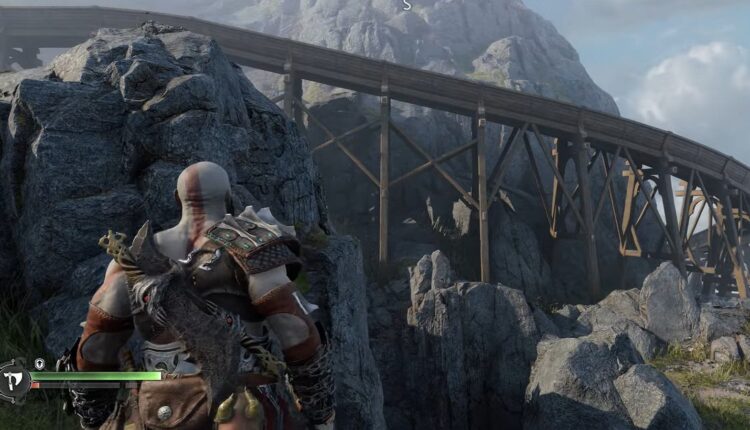 A highly skilled God of War Ragnarok player shares a short clip that shows them killing Berserker King Hrolf in only 25 seconds.

A talented God of War Ragnarok player shares a video where they defeat Berserker King Hrolf in only 25 seconds. God of War Ragnarok came out a few weeks ago and has received massive critical acclaim, making it one of the front-runners to receive Game of the Year awards. Moreover, the action-adventure title from Santa Monica Studio is performing well on the commercial front as God of War Ragnarok broke a series sales record.

Gamers love God of War Ragnarok’s story, gameplay, visuals, and level design, but most praises come for its nail-biting combat. The combat in the latest God of War title is widely considered outstanding, mainly because of the new weaponry and move set, which players can test against numerous enemies. God of War Ragnarok’s bosses includes prominent names like Thor and Odin and less famous ones like Berserker King Hrolf. Despite being less popular, Hrolf is the strongest of the Berserkers and puts up a challenging fight for Kratos. Surprisingly, one player defeated Berserker King Hrolf in less than a minute.

Reddit user NobleRez shared a video on the platform which shows their jaw-dropping boss fight with Berserker King Hrolf. Viewers can see a small timer in the top right corner of the screen, which goes off as soon as the God of War Ragnarok fight begins. Hrolf lands a few hits initially, but the player gains control quickly and bombards the boss with a barrage of devastating attacks. Kratos is nearly unstoppable as he continuously hits Hrolf while only conceding a few hits that put a small dent in his HP. Meanwhile, Hrolf’s health bar is rapidly depleting with each attack, with Kratos chopping off his head with a final blow at precisely 25.3 seconds.

Furthermore, the video shows that the user achieved this incredible feat at the No Mercy difficulty in God of War Ragnarok, the second from the top. NobleRez also shared the armor and other equipment they used in the Berserker King Hrolf boss fight. God of War fans enjoyed the video, and some pointed out the awkward timing of Mimir’s comment right before Kratos beheads Hrolf. During the heat of battle, Kratos is about to finish the opponent off when Mimir tells him to be careful as he’s covered in Bifrost.

Regardless, NobleRez’s clip is another example that shows the exceptional nature of God of War Ragnarok’s combat. The game has significantly improved the combat from its predecessor by adding environmental advantages, allowing players to be more creative.

God of War Ragnarok is available now for PS4 and PS5.

MORE: God Of War: Ragnarok – 9 Side Quests You Should Not Skip