IDK Talks NBA 2K22, Having A British Passport & Creating His Own Rap World 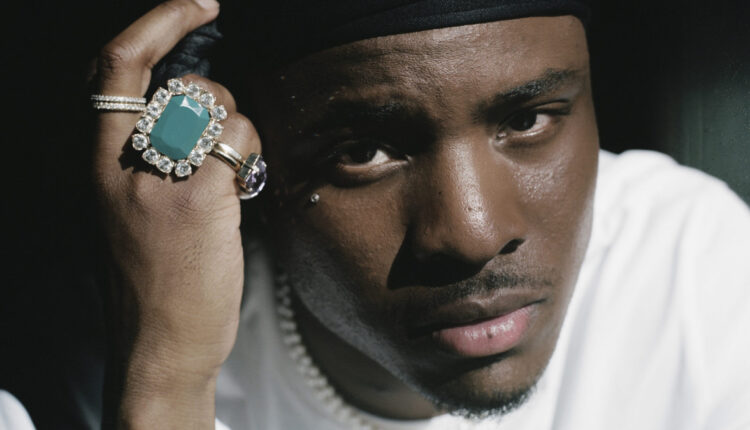 COMPLEX: Your song “Santa Monica Blvd” is featured on the NBA 2K22 soundtrack, which is a really great look. How did the connection come about?

IDK: I remember: it was, like, 2019, and I made it a goal of mine to be in NBA 2K for the first time, and I got cool with Mike—I forgot his last name—but he’s a guy that used to work up there. I was cool with him on Instagram. I was like, “Look. I’ll come up to the office and meet you.” And from there, our relationship became what it was. So, you know, we’ve been in the game for the past three years now.

How nice are you on NBA 2K?

Truthfully, I’m not the greatest player. I think a lot of any skill that I have comes from playing it for years—since I was younger. But I know so many people who are better than me so I have to be honest and say that I’m not that nice.

Have you played NBA 2K with any of your rapper friends? If so, who’s the nicest that you’ve played against—and, be honest: who won?

I don’t remember, but I’ve watched KD play—all day, for hours—and I feel like he’s the nicest person I know, in general.

You grew up in Maryland, but a lot of people might not know that you were born in England. Do you feel any affinity to London? Is it special when you come out here?

I feel like it’s special when I come to London because, you know, the roots of where I’m from definitely exist there. I’m very proud of the fact that I have two passports. I think that’s cool. It’s an interesting fact that many people don’t know about me. But yeah, I feel good when I come out there—there’s a lot of family that I visit and there’s a particular vibe, musically, that we don’t have in America.

Are you tapped into the British music scene? Anyone you’d potentially collaborate with?

Yeah, I love the British music scene. Pa Salieu is somebody I’ve been listening to for a while!

Over the years, we’ve heard many rappers say they had two options growing up: rap, or aim for the league. What is it the same for you?

No. I think going to school was an option because my parents went to school and had degrees, and that’s what they pushed on me. So I had that in my mind, to be honest.

What do you think, if any, are the transferable skills between rap and basketball?

I think, from problem-solving, strategically putting things together in a fast manner and working with a team, they’re all transferable things.

If you played per ball, what would be your position?

I would probably be a point guard or shooting guard.

What’s the rap starting 5, and what positions do they play?

I’ve played ball with 21 Savage, Quavo and a few other people. I think Quavo would be a good point guard, me shooting guard… Damn! Who else would be good? Who’s tall? I do not know. Anyway, all rappers are short. I have to come back to that question.

Where Would I Sleep on the Streets of Los Angeles? | essay